Apple’s own Senior VP of Marketing Phil Schiller confirmed in a recent interview that a Mac with a full touchscreen input simply isn’t going to happen, calling the idea “absurd.”

Apple has long been rumored to be working on touch-based Macs, with the claims of finger-friendly computers reaching all the way back to before the iPad was something you could buy. The thought of a touch-based Mac is something that has had many an Apple fan excited at various points over the years, but it looks like we can now finally lay that idea to rest after Apple’s own Phil Schiller confirmed that while the company had considered it, a Mac with full touch input simply isn’t going to happen. 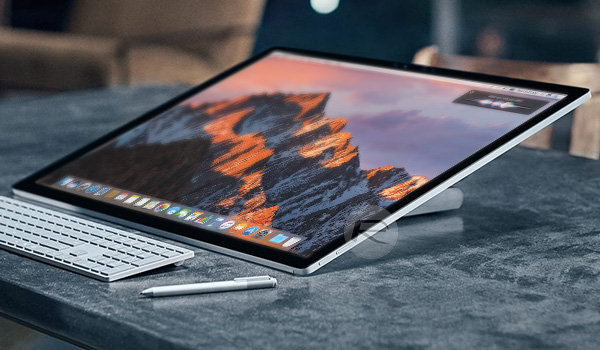 Speaking with Backchannel, Apple’s Schiller confirmed that despite the clamour to make it a thing, the idea of a touch-based Mac is simply “absurd.”

Apple hasn’t decided that without putting any thought into it, though. Schiller was also forthcoming enough to confirm that Apple has dabbled with Macs that accept screen-based input over the years but have ditched it following issues with the way users would interact with Apple’s desktop machines. Apparently, reaching over a desk to tap an iMac’s screen is not something people want to be doing – even if they themselves would disagree.

“We think of the whole platform,” he says. “If we were to do Multi-Touch on the screen of the notebook, that wouldn’t be enough — then the desktop wouldn’t work that way.” And touch on the desktop, he says, would be a disaster. “Can you imagine a 27-inch iMac where you have to reach over the air to try to touch and do things? That becomes absurd.” He also explains that such a move would mean totally redesigning the menu bar for fingers, in a way that would ruin the experience for those using pointer devices like the touch or mouse. “You can’t optimize for both,” he says. “It’s the lowest common denominator thinking.”

Apple has now joined something of a halfway house by bringing the Touch Bar to the MacBook Pro, but it would now certainly appear that this indirect touching is as close as we are likely to get, anytime soon at least, to being able to stab at our Macs’ screens and have them do things.

Thankfully, we have a large array of iPads and such to choose from Apple in order to lessen the disappointment. We’re told they just love to be prodded and poked!