What is Apple’s MacBook Pro Touch Bar, how it works, and all the things you can do with it in macOS Sierra, first-party apps, and third-party apps.

Apple’s announcement of all-new MacBook Pros today has obviously got a lot of people talking. Even if you are not in the market for a new notebook computer right now, there is little argument against the new Touch Bar being perhaps the biggest addition to Apple’s notebook lineup for a long time, and it has the ability to change the way a lot of us work on our computers. It is also perhaps the final piece in Apple’s “you don’t want a full touchscreen on a laptop” argument. 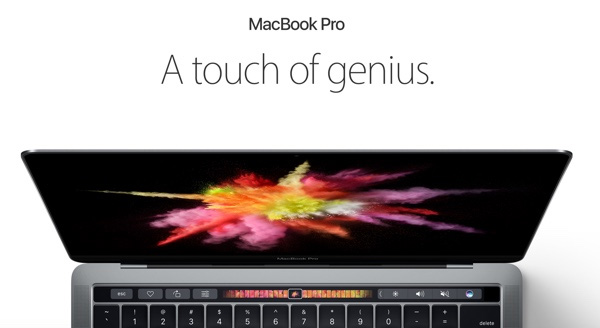 We do not think we are being hyperbolic here, either. As Apple’s demonstrations and videos show, the Touch Bar, which is basically a small Retina multi-touch display that sits above the main keyboard, has the potential to change the way we do all kinds of things ranging from writing an email to working on a complex image or video.

We can’t mention the Touch Bar without mentioning the inclusion of Touch ID, either. Whilst not strictly part of the Touch Bar, it’s located close enough for us to lump it in. Located at the right-most side of the Touch Bar and doubling as power button too, Touch ID on a Mac makes account authentication and quick switching a simple task, and even allows for Apple Pay authentication, too. We’ve been crying out for Touch ID on a Mac since it arrived in the iPhone 5s back in 2013. It’s great that it’s finally here.

Here’s a video from Apple showing some of these above mentioned things that Touch Bar can do in action:

So what do you guys think? Is Touch Bar+Touch ID enough to get you excited for the new MacBook Pro? Sound off in the comments below.