Patent Filing Suggests Google May Be Preparing A Nexus Smartwatch

To many of us tech-orientated folk, there’s something really fascinating about a wristwatch which, to some degree, manages to offer the features we’ve become accustomed to with our various other mobile gadgets. Much has been made over Apple’s purported “iWatch” over the past couple of years, and although the fruit company hasn’t even so much as hinted such a device would be on the way, various patents filed have been more than suggestive. Now, Mountain View-based Google looks as though it might get in on the act, filing a patent of its own for what looks to be a so-called “smartwatch.”

Some believe the smartwatch to be something of a gimmick, but if marketed in the correct way, almost anything can make a difference in the technology spectrum, and it looks as though the search giant is considering its own Nexus smartwatch.

From the very first Galaxy Nexus made by Samsung, to the Nexus 7 manufactured by ASUS, the word “Nexus” has been one of excitement and anticipation among Android fans. A handful of Nexus devices are expected to arrive at some point this fall, and with the notion of a Nexus smartwatch also thrown into the mix, the Big G’s branding looks set to reach new heights. 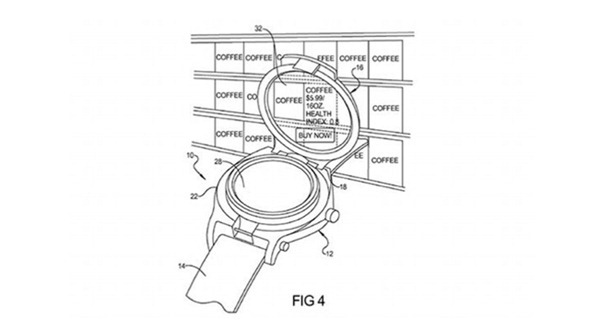 Back in October 2011, James Brooks Miller and Richard Carl Gossweiler III filed a smartwatch patent on behalf of Google, but this recent one differs in that it features a flip-up display. Numerous things could be done with such a display, for example directions and navigation, but although the patent has been approved, that doesn’t necessarily mean Google plans to go anywhere with it.

The big companies make a habit of filing patent applications and simply letting them lie dormant, so it’s important not to get too carried away. Having said that, if there’s a firm out there likely to go ahead and produce such a product, Google is it. With the Project Glass artificial intelligence system, the company is currently working on makes a smartwatch look rather ordinary, so we’ll be keeping a lookout as to where this patent goes – if indeed it does go anywhere.

Would you buy a Nexus smartwatch if it did ever bear fruit?