With Microsoft steadily ratcheting up the development of Windows 10, it’s inevitable that some people are going to want to test it out on their Mac, whether for work or just to keep up on the latest technologies from across the isle. The most popular way to do that is in a virtual machine – or VM as some like to call it – and possibly the best way to do that on a Mac is with Parallels Desktop. Currently at version 10, Parallels Desktop costs $80 and importantly, was just updated to support not just the Microsoft Windows 10 Technical Preview, but also the new Office 2016 Preview, too.

Updated today, the popular virtualization software allows Mac users to install any other operating system without the need to mess around with Boot Camp or start creating new partitions on their hard disks, and following the additional support for Windows 10, Parallels is all set for action. The ability to also work with the new Office Preview will be a welcome bonus for those that need it, though it’s the updated Windows 10 support that will be the most popular addition today. 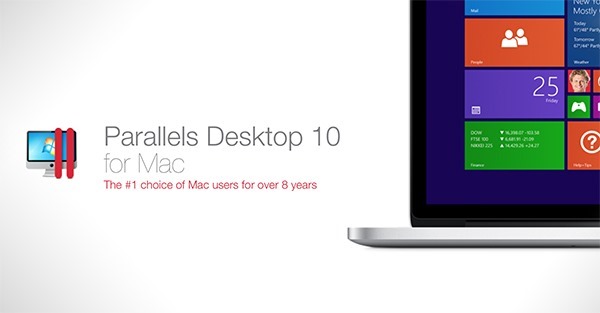 While Parallels may not be the first thing installed by most Mac owners, if you’re in need of virtualization software then it tends to be at the top of the pile. Hugely popular with I.T. professionals and giving them the chance to spin up entire machines in a matter of seconds, Parallels is possibly the best way to test Windows 10 on a Mac.

Microsoft’s Windows 10 is currently working its way through a host of Technical Preview releases and is slated to be released later this year for the end user. Microsoft has announced that the update will be free for one year, and will be offered to anyone running Windows 7 or later. The updated operating system is expected to be a hit with users after Microsoft listened to much of the criticism of Windows 8 and, hopefully, corrected it this time around. 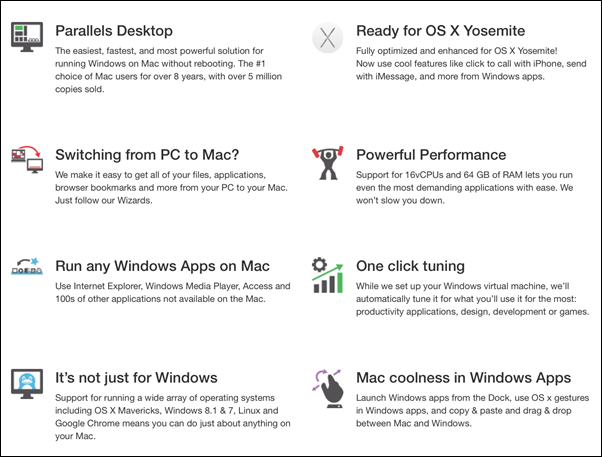 If you’re interested in giving Parallels Desktop a shot, then simply point your browser to: parallels.com. And remember, there’s a free trial too, so you can give the piece of software a good whirl before parting with your hard-earned cash.