How To Tweak Google Chrome Browser To Use Less Memory

We’re big fans of Google Chrome here, but even we admit that it can destroy a computer’s performance with alarming regularity simply by spawning too many processes during the course of a typical day of usage. If you tend to have lots of tabs open during the day, you’ll probably find your computer starts to suffer in the performance stakes, and that’s all down to the way Chrome handles itself.

See, by default Chrome will spawn a new process for each and every tab that you have open. The latest versions of Internet Explorer do the same thing, and the reasoning is actually perfectly sound. With each tab living as its own bespoke process, should that tab crash then your entire browser won’t be taken down with it. That means you won’t lose a dozen tabs all because that Flash Player crashed in the thirteenth tab that you opened. It’s clever, and it works. 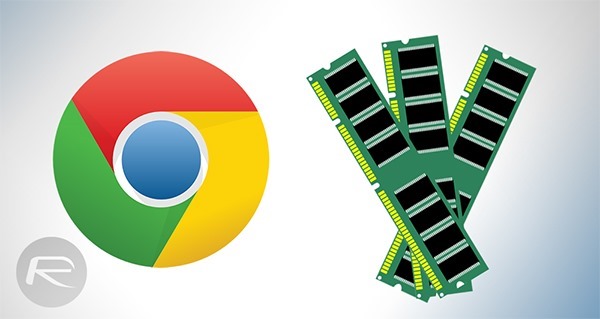 But there’s a downside in that every new process Chrome spawns needs memory, and if you’re using an already memory-constricted machine, that’s not good. Luckily you can force Chrome to behave differently by appending “–process-per-site”  to the command used to launch the app. After doing that, Chrome will use one process per website loaded which, in theory at least, could have quite an affect on performance.

You can check how many processes Chrome is using by opening Windows Task Manager and checking the ‘Processes’ tab. All those chrome.exe entries? They are all tabs.

So what do you need to do?

Step 1: Find the shortcut that you use to launch Chrome, whether that be on your desktop or elsewhere.

Step 2: Right-click on the shortcut and then click on ‘Properties.’ 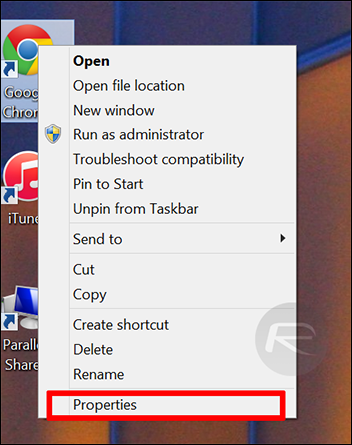 Step 3: Click on the ‘Shortcut’ tab up on top and then paste the following at the end of the ‘Target’ field as shown in the screenshot below: 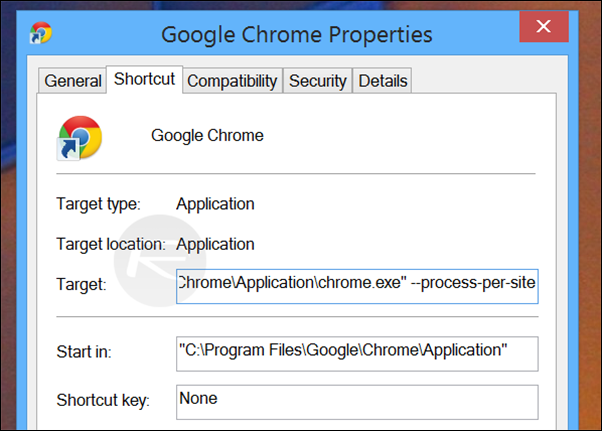 Step 4: Close Chrome and re-open it.

Step 5: Marvel as your machine now uses less processes than before.

Hopefully you’ll find that you have considerably less processes running now and, as a result, Chrome should be using less memory.

Nice and simple, yet affective.

Found this tip useful? Then be sure to leave us your thoughts with us in the comments section below.