PaperLock is a tweak which is set to land in Cydia very soon that brings a variety of different transitions to a jailbroken device’s lock screen. The package itself comes from well known iOS developer Chris Simpson, also known as Apocolipse throughout the online world, with users probably being more familiar with his RecognizeMe package. When it comes to the PaperLock tweak, I think it is worthwhile that we should immediately differentiate it from the Unfold and Unlockize tweak, which alter the transition that is applied when unlocking the device but all offer different and unique implementations.

When installed, PaperLock offers three different alternatives to the standard iOS slide to unlock screen. The options can be referred to as themes and all of them allow the user to unlock the device using a curled page transition, but all with different and unique graphical implementations. The first, and default theme, is the ‘Full Page’ offering and is very similar to Apple’s page curl transition which they started to offer to developers with the release of iOS 5. When activated, the device is unlocked by peeling the screen out of view like you would by turning a page of a book. 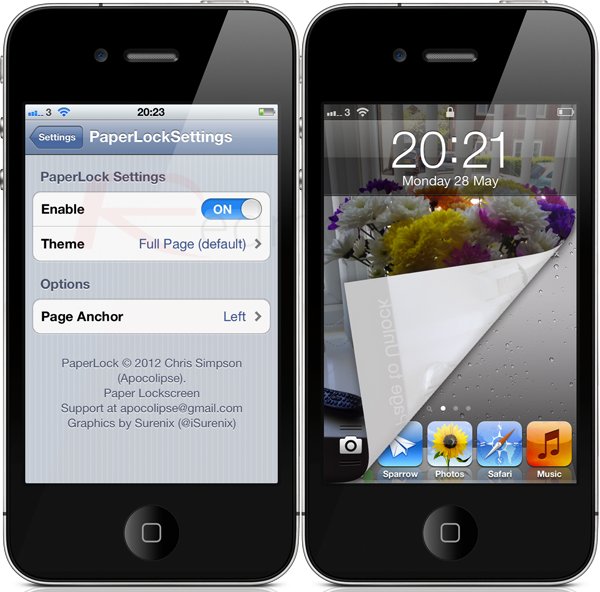 The second available theme replaces the slide to unlock bar at the bottom of the display with a band-aid, allowing users to peel off the band-aid to unlock the iPhone or iPod touch. One of the unique aspects of the PaperLock offering is that it actually appends the screen with an image of the theme in question, giving it a very fun and engaging feel. Finally, PaperLock offers a plastic tape type theme which appends the screen with a strip of tape along the bottom of the display. 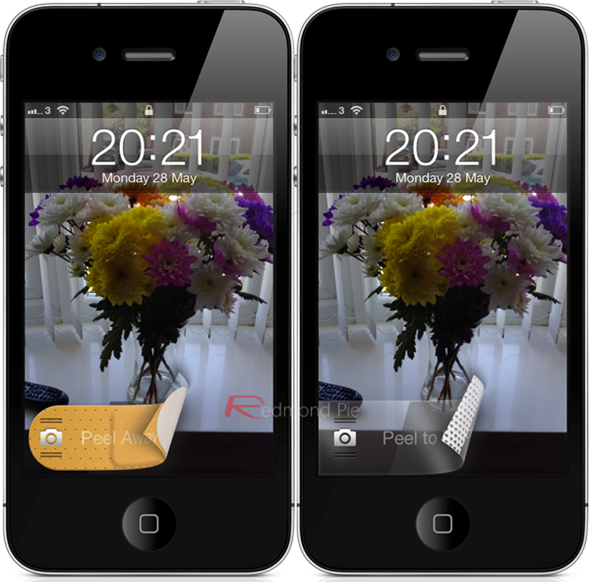 When installed, the tweak doesn’t bring any additional home screen icons but does come with its own options panel through the Settings application. Users can choose to enable or disable PaperLock and can also choose from the different available themes and decide whether to anchor the unlock point to the right or left hand side of the view. As you might expect, as a tweak that makes itself at home on the lock screen, it respects the iOS 5.1.1’s camera grabber icon and is fully compatible.

PaperLock will be available via the BigBoss repo for a price of $2.99.

Update: PaperLock is now live on Cydia in BigBoss repository!