OS X Mountain Lion may have only been publicly available for the last five months or so, but according to statistics and analytics; it has quickly managed to claw itself to the top to become the most popular Mac operating system which Apple has ever released. Mountain Lion was released in July of 2012 with the philosophies of being a fully functional desktop operating system that took more than a little inspiration from iOS running on an iPad. The intention seemed to be to usher in the beginning of a new era that would see OS X and iOS become increasingly more converged over time.

The study also shows that almost a third of Mac users are opting to stay away from Apple’s latest two operating system releases in favor of allowing OS X Snow Leopard to handle their desktop and notebook needs. On December 31st, OS X 10.6 (Snow Leopard) accounted for 29% of Mac machines in use, making the three-year old software the second most popular variant of OS X. So what about OS X Lion? The study is suggesting that the majority of Mountain Lion’s gain comes courtesy of OS X 10.7, with Lion dropping from a 30% install base down to 28% during the same period. 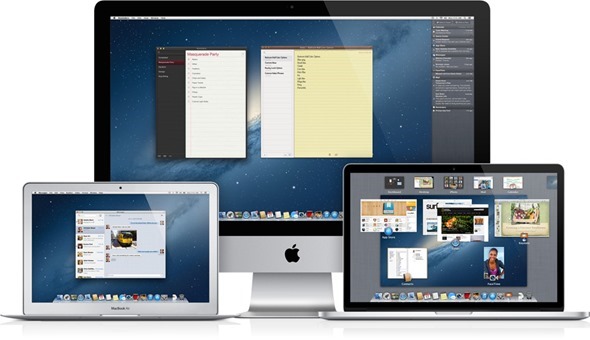 Although users seem to be steadily adopting Mountain Lion as their preferred operating system on the Mac, it seems that a lot of long-time Mac owners are opting to stick with Snow Leopard due to it being the last official release of OS X that allows those users to run apps that were intended for the PowerPC processor. The early adoption rates that we initially saw when Mountain Lion was released have obviously bottomed out, but it’s apparent that Apple’s policy of making operating system updates available via the Mac App Store at highly affordable prices is paying off.