In the world of Android, and modern smartphones in general, apps are what define how useful the device is going to be. The popular phrase, “there’s an app for that”, might’ve been notorious for Apple’s iOS platform, but it holds pretty true for the rapidly-growing Android operating system as well. No matter what the hardware capabilities of your device are, unless you supplement them with the right apps, it’s going to be pretty much useless. Android, as a mobile OS, has matured a lot over the years, adding features and useful gimmicks to the AOSP as the versions have evolved. One particular thing, however, that remained pretty much unchanged, was the way how you launch apps on your Android smartphone or tablet. Other than introducing the recent apps list in the newer iterations, Google hasn’t really changed app-launching method, and hence, you have to usually hit the Home button and start a new app from the launcher itself.

Since the operating system is open source, that means someone, somewhere, is bound to be looking for a solution to all problems. XDA Developers member cyansmoker has come up with GYF Side Launcher to change the concept of app-switching and launching on Android. Despite the name, the app isn’t a launcher, per se, but more of a shortcut sidebar that lists all your installed apps down, can be accessed from within any app, and hence, allows launching new apps from anywhere in the OS – even those that are not present in the recent apps list. 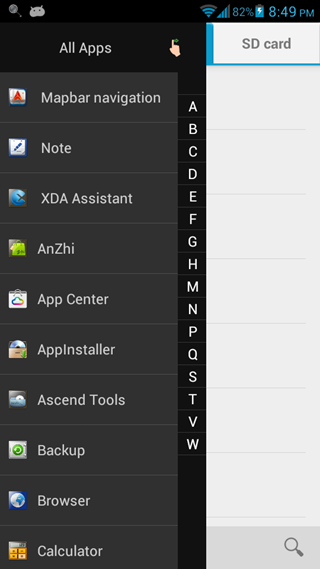 Since it’s an early beta release, the developer warns of certain stability issues, although I didn’t face much of those. When installed, GYF will first note down all the currently-installed apps and populate the list with them, and will also stay on the lookout for newer additions, making changes to your app list as they happen. Once you install the app, the first launch will ask you to start the service, after which it will just sit in the notification shade as an ongoing item, but won’t be obtrusive otherwise. To pull up the launcher, slide from left edge to the right side on your device’s screen, and there you have it – all apps ready to be launched at one tap.

There are a few preferences that you can play around with, but most of them are theming/appearance related. You can use ADW themes on GYF Side Launcher, by the way, which makes a cool combination if you’re a fan of the said launcher. 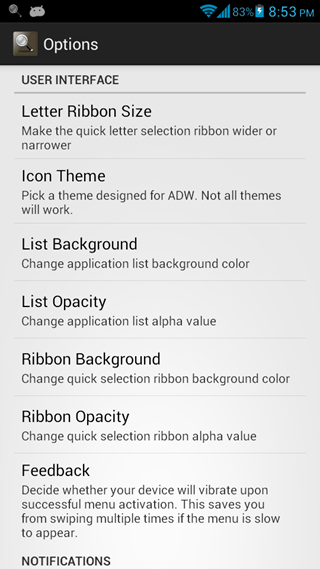 Since the app is currently in beta, there are some issues with it. For instance, I noticed an immediate slowdown in my phone’s overall performance as soon as I installed GYF. However, since the app has a long way to go, I would still be keen to keep an eye on how it developers, especially considering that the functionality that it brings is certainly unique, and spot-on useful.

Grab GYF Side Launcher from the source link below.