As part of their continued efforts to improve the overall functionality and stability of Mavericks, Apple has today distributed the first seed of OS X 10.9.1 to registered developers. The same 10.9.1 seed that has been released into the developer portal has also previously been distributed amongst specific Apple internal employees with the hope of ensuring that everything runs as smoothly as possible before it gets installed onto the machines of end-users.

This pre-release build of of OS X 10.9 follows hot on the heels of an update that fell into the hands of Mac owners earlier this month. Apple has conceded on more than one occasion that there are a number of niggling issues that need attention in Mavericks, which is most definitely one of the most adventurous and innovative updates to OS X that we’ve seen for a while. This month’s earlier release allowed Apple to focus on specific issues relating to how Gmail accounts with custom settings performed within the native Mail app. 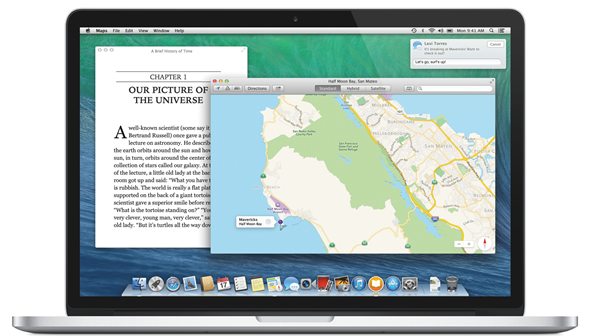 Todays developer only 10.9.1 seed once again has email related changes, but Apple is also asking developers to focus on very specific key areas of the OS. In addition to requesting developers to apply specific attention to the Mail app, Apple is also requesting that those testing this latest seed pay close attention to the performance of graphics drivers as well as VoiceOver functionality that is available as part of the accessibility options within the software.

Developers wanting to get in on this latest OS X action will need to do so through the familiar route of logging into the Mac Dev Center. The installable file can be downloaded from within and has been assigned build number 13B27. A number of fixes have been pushed out with this build and a number of core areas of interest identified, but what’s interesting is that Apple has not specified any direct known issues with 10.9.1.

For those who don’t have access to a developer account then a little bit of patience is recommended. As is always the case there are no official timescales attached as to when this will land as a publicly available update on the Mac App Store. After initially being tested internally by Apple employees and now sent out to developers we can only hope it won’t be too long until we see a public release.