With iOS 7’s beta progress dominating most of the column inches within the blogosphere, the forthcoming version of OS X – Mavericks 10.9 – has been comparatively quiet in clocking up four preview releases so far. Today, OS X Mavericks 10.9 gets its fifth developer preview release, and although there’s no real word on any of the changes yet aside from a new iBooks app for Mac, it brings us just that little bit closer to that final, end-user release.

Most of the changes with Mavericks are relatively incremental, mostly concerning the general functionality. The new Finder Tabs is one of the highlights, making general navigation throughout OS X just that little bit easier, and with improvements to Safari as well as full-screen, dual-monitor capabilities, there’s still plenty in there for Mac users to mull over. 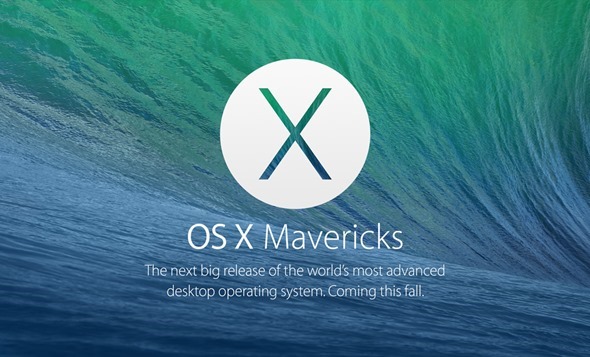 One of the key additions to the fold will be the Cupertino’s Maps app, which, after a disastrous introduction to the mobile world with iOS 6, finally makes its way to the big screen. Although iOS Maps is still not without its flaws, Apple has worked hard to make the service somewhat usable, and the days of Tim Cook making public apologies for the state of Maps seem like ancient history now.

Apple’s Dev Center recently came under a bit of strain after a security breach, and although a major overhaul of the backend has seen the hub back online and more secure than ever before, the fruit company has also had to contend with the slight backlog of preview and beta releases. Still everything looks to be in place and back on schedule now, so here’s to hoping that both OS X 10.9 and iOS 7 make their respective deadline dates – anticipated as being at some point later this year.

Those a part of Apple’s Developers Program can go ahead and update using the software update tool in the Mac App Store. Naturally, this update is recommended to anybody running the OS X Mavericks developer preview 4, and if you don’t want to miss out on the new features and improvements, you’ll want to hop aboard as quickly as possible.

As I say, there’s little mention of any big changes except for the introduction of iBooks, so if you do happen to try out the latest version of Mavericks, be sure to let us know if you stumble across anything new or interesting by leaving a comment below.