Opera, the developer of the rather popular Opera browser for desktops and Opera Mini for mobile devices released version 6 of its popular mobile browser for iOS devices, two months after version 6 for Android and other devices. 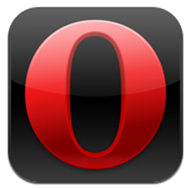 Opera’s new browser includes support for the iPad and the iPhone 4’s retina display, thanks to higher-resolution graphics. According to the company, the two-month delay was caused by additional work the company decided to put into making the iOS version of the browser as "perfect" as possible, by cleaning up the user interface and make it work more like Safari, as Phillip Gronvold, product manager at Opera, pointed out:

Opera Mini 5, sometimes it wouldn’t react how people expected because they were used to Safari and it didn’t feel like the same experience. We invested heavily to make the user experience the same, when you load a page, or pinch and zoom or interact with a page on Opera Mini 6, it’s the same way you’d do it with Safari.

According to the product manager, this new release also represents a shift in the way the company thinks about its iOS browser: instead of competing head-to-head with Safari, Opera wants us to use it in addition to Safari. They’re doing that by investing in the browser’s strengths, such as Opera Turbo, which compresses web pages at company-owned servers, reducing their size by up to 80%, before sending them to the user, allowing them to be browsed faster and for lower costs. This is particularly meaningful to users on expensive contracts and slow networks:

with Opera Mini 6, that is our strong suit. That is where we excel. So, in the case where you don’t get that quick page load on Safari as you might want, we can load pages for you faster than Safari can. 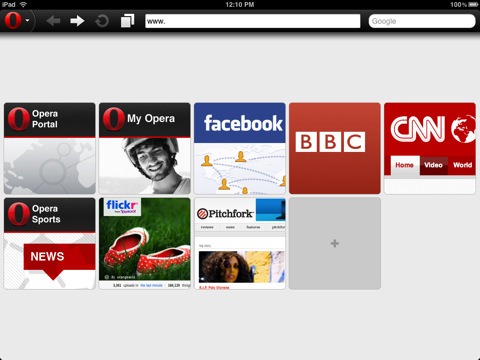 Another new feature users might be interested in is the ability to share links to pages on social networks directly from the browser’s user interface. In today’s inter-connected world. this feature will sure be welcomed by many.

Opera first made its way to the iPhone last year, after months of speculation of whether Apple was going to approve any third-party browsers, which were non-existent at the time. When the browser was finally approved, it gained a moderate amount of traction, but Safari remains clearly number one. We’ll see how Opera’s new take on competing with Apple’s own browser will work this time.