OnePlus is an emerging company in the smartphone market, and one that comes with a rather unique business model. The Chinese startup has made a little bit of a name for itself as a smaller manufacturer attempting to play alongside the big boys with a set of Android smartphones that require an invite before you can purchase them. It seems that attempting to penetrate the Android smartphone market isn’t financially lucrative or challenging enough for the small outfit, who has now released an official case accessory for Apple’s iPhone 6s. Yes, that’s right, an official OnePlus protective case for an iOS device.

It’s difficult to deny that the new OnePlus accessory, and the first offering from the company to land in the iPhone accessories market, is visually appealing and very well designed. The case is sleek, svelte, and looks like it would add hardly any bulk to the iPhone 6s whatsoever. It’s also finished in OnePlus’ gorgeous signature Sandstone Black finish that not only makes the reverse of the case look premium and elegant, but also provides the owner of the device with a little bit more grip and peace of mind that they aren’t going to accidentally drop or fling the phone across the room. 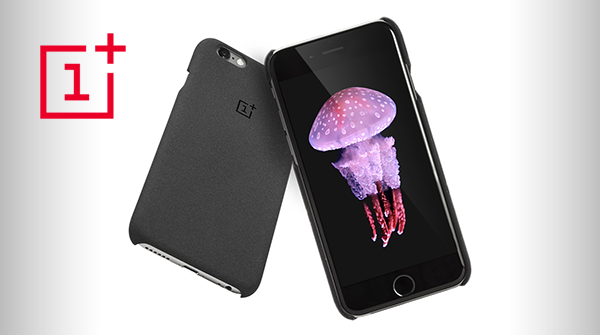 It looks great, but it comes with one design choice that will likely put a lot of iPhone owners off purchasing it. The back of the case doesn’t contain a cutout for the Apple logo that is printed on the reverse of all of Apple’s iPhones. Instead, the OnePlus protective case for iPhone 6s has a full bodied back with the OnePlus logo etched into the material centrally slightly below where the cutout for the iPhone’s camera is. Of course, this design ethos won’t necessarily put all iPhone owners off of purchasing it, but it will almost definitely mean that Apple won’t stock or promote the case. Sadly, the larger screen-sized Plus models are not supported at the moment. 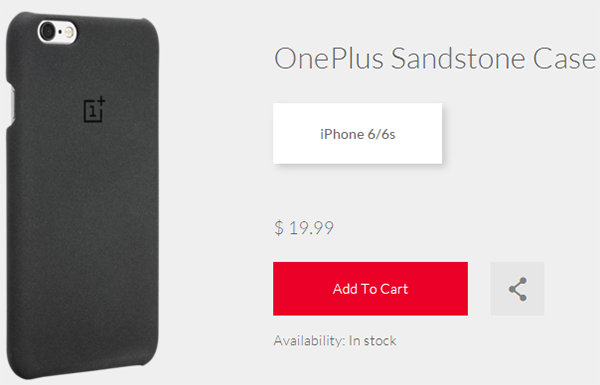 If the beautiful design of the Sandstone Black finish of the case is enough to tempt you into parting with your cash, then you’ll be pleased to learn that OnePlus isn’t forming any kind of queuing or invite system this time around. The China-based outfit is going with the tried and tested approach of slapping a price-tag onto the product and making it available via OnePlus.net. Interestingly though, OnePlus says that it’s made some limited number of cases for the holiday season which contain an invite for the Ceramic version of the OnePlus X. If you’re lucky enough, there’s also a free device coupon to be discovered as well. 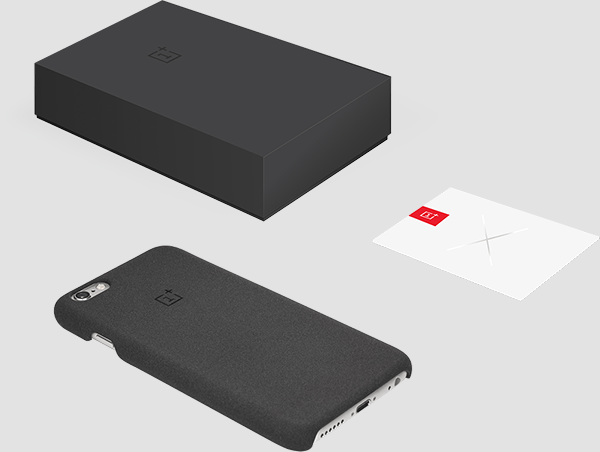 OnePlus Sandstone Case for iPhone 6/6s is available for purchase from today, and will cost a very reasonable $19.99.