Olloclip Comes Through With New 3-in-1 Macro Lens For iPhone 5 / 5s, Here Are The Details

The olloclip started off as a great idea on Kickstarter, but unlike some crowd-funded products that revel in the initial buzz before seeming to disappear, the team behind olloclip has continued to update and improve photography for iPhone users. Having just released a special edition Gold and Space Gray color configurations of its second-gen 4-in-1 lens, the company has immediately followed it up with a 3-in-1 macro lens for both the iPhone 5 and the all-new iPhone 5s. Details can be found after the break.

There’s no doubt that the app makers are doing a stellar job of helping us make the most out of our smartphones and their ever-improving snappers. But peripherals, or, at least, good ones, are much harder to come by, and the olloclip is definitely one of the best accessories that an iPhone point-and-shooter could wish for. 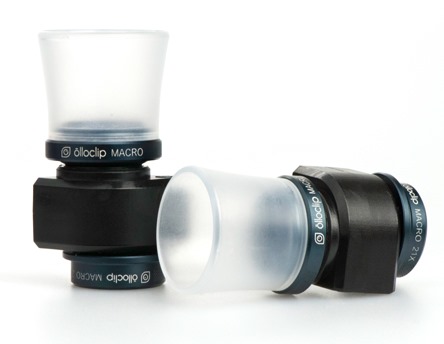 The 4-in-1 released late last month brought fish-eye, wide-angle, and 10x and 15x macro shots in one $69.99 package, and today, the new 3-in-1 Macro lens – which costs the same price – is the perfect accompaniment to those who love to take macro shots.

As per the product description:

The Macro 3-in-1 is engineered to deliver more edge-to-edge clarity, greater depth of field, nicely diffused light on the image, and less pincushion distortion.

The new olloclip is compatible with the iPhone 5 and iPhone 5s but not the iPhone 5c. This, unfortunately, is because of its form factor, and unless Apple decides to release a flagship product with a similar or identical shape – a very unlikely eventuality – that’s the way it’s going to stay.

Whereas the 4-in-1 offers 10x and 15x macro shots, this latest 3-in-1 steps things up a notch or two, with 7x, 14x, and 21x macro shots. Apparently, the 21x offering allows details unapparent to the naked eye to be captured, which is certainly good going from what is, at base level, just a smartphone camera. 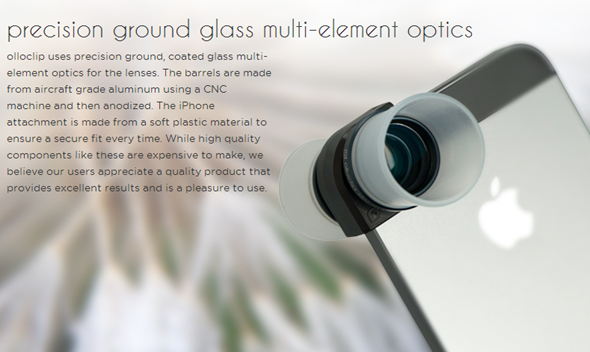 For $69.99, those looking to take some interesting macro shots on their iPhone 5 / 5s should look no further than the olloclip site. If you want something a little more diverse, then the 4-in-1 would perhaps be a better pick, although you won’t be able to enjoy those extreme close-ups.

For more info, point your browse to: olloclip.com/3-in-1-iphone-macro-lens