It was almost inevitable that the announcement of the Apple Watch would act as a catalyst for the introduction of a number of additional high-end competing wearables. Sure, there’s always going to be the Apple faithful who will blindly purchase whatever wares the Cupertino company chooses to roll out, but what about those who want a premium product without the hugely inflated price-tag attached? A relatively unknown startup out of San Francisco – called Olio – is looking to fill that gap by coming out of hiding with its own premium hardware and software in the form of a high-end smartwatch.

Olio as a company has been around for a couple of years now, operating in stealth mode producing its own proprietary hardware and software. In a market currently dominated by Android Wear devices, and soon to be penetrated by Apple’s Watch OS powered wearable, Olio has opted to build its own software from the ground up to perfectly match its hardware. The stainless steel body of the Olio wrist-wear measures in at 48mm wide and weighs just 2.36 ounces. Like Apple, Olio will offer consumers the ability to choose a watch face material, with steel or black steel being available at launch, priced at $595 and $745, respectively. 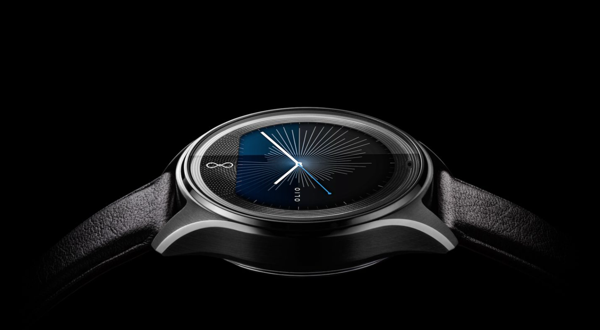 The internal specifications will offer up the expected Bluetooth radio to offer synchronization features with a compatible iOS or Android smartphone. The watch will be devoid of the heart rate monitor that Apple has been applauded for including in the Apple Watch, but it will offer a number of hardware sensors in the form of a gyroscope and accelerometer. The Olio smartwatch will also ship with audio capabilities that will allow users to interact with, and dictate, directly to Google Now or Siri, depending on the platform of the connected smartphone.

One fundamental difference between the Olio and most other smartwatches that currently adorn the market is that there will be no app store or additional apps for the watch. Olio CEO and founder Steve Jacobs believes that Apple, along with other manufacturers, have made a fundamental mistake in the design of its watches by trying to replicate the success of the smartphone app store on the smaller display of a watch:

Apps make a lot of sense for phones, but apps don’t make sense for connected devices as a category, let alone the small real estate of something you wear on your wrist. 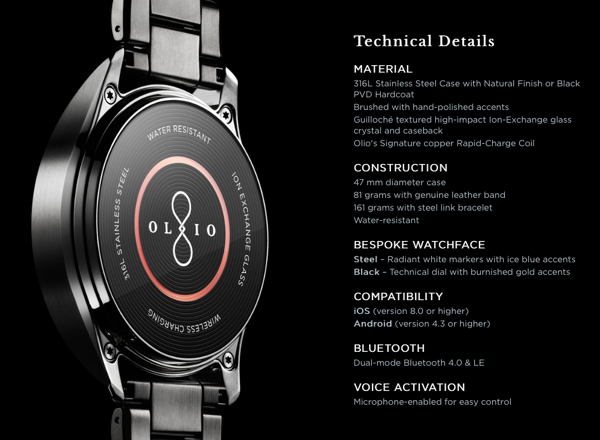 Describing his company as a “boutique watch company,” Jacobs employs 14 people in the Bay Area, with manufacturing of the Olio handled by Flextronics in China. The Olio will be available for pre-order today in limited numbers and will start shipping in the summer.