Google is sitting at the top of the iOS app download charts, thanks to their recent release of the much anticipated Google Maps for iOS app, but that hasn’t stopped them from pulling another software based rabbit out of their hat with the release of a dedicated video recording app. YouTube Capture has only just landed on the App Store in the Photo & Video category, and looks set to appease those iPhone and iPod touch users who have longed for a professional way to shoot and touch up video recordings before immediately uploading to YouTube.

The YouTube Capture app follows very similar design decisions that we have seen in the Google Maps and Chrome apps, with the same minimalistic and clean user interface that should feel immediately familiar to those who have used any of Google’s official iOS apps in recent times. The main focus of this latest Google creation is to afford users the ability to easily capture and directly upload videos from the embedded camera on their iOS device. Rather than having to capture with the camera, touch up with a different app and then save to upload, Google has attempted to do it all with this one app. 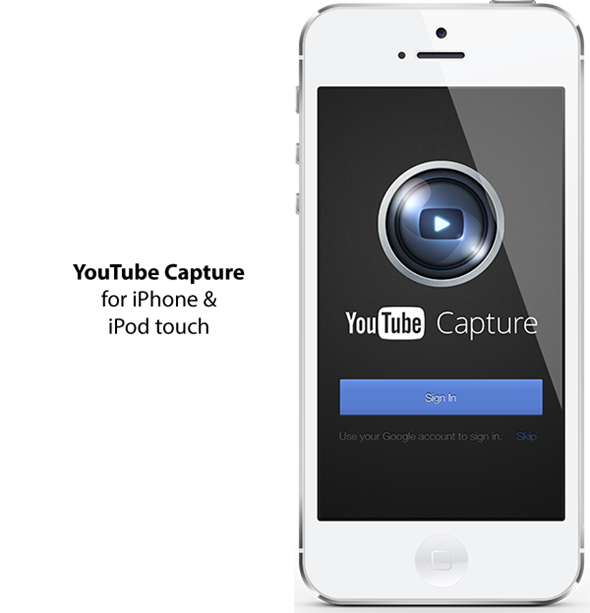 After the video has been captured using the app, the user then has the choice to touch up the creation with color correction and stabilization, as well as being able to trim the video down and add music tracks over the top of the video to bring it to life and make it stand out when uploaded to YouTube. 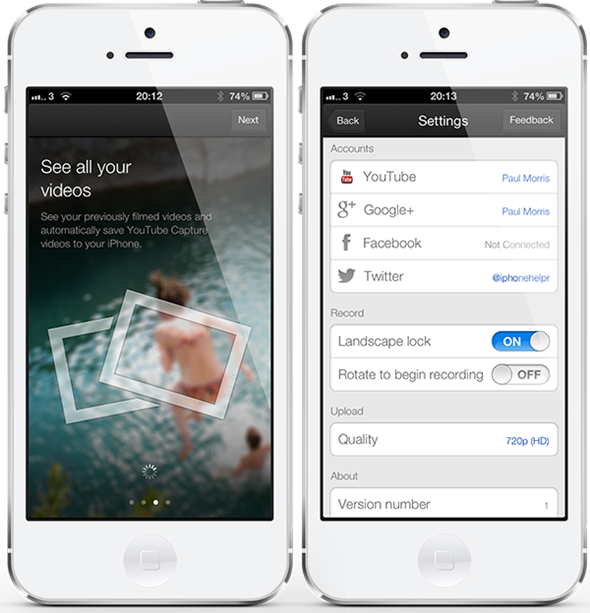 YouTube Capture is fun, simple and best of all: it just works. Some iOS users have made it clear that they aren’t huge fans of the UI layouts and color schemes which Google have chosen to go with for their recent releases, but the fact that Chrome, YouTube, Gmail, Maps and now YouTube Capture are all built with the same aesthetics really lends itself a positive user experience. YouTube Capture is available now as a free of charge download, requiring iOS 5 or above.

(Source: YouTube Capture for iPhone and iPod touch on the App Store).