The Wimbledon tennis championships account for one of the four grand slams in the tennis season, and this year’s promises to be one of the most exciting yet.

Novak Djokovic is the current Wimbledon champ, although will likely be reeling from – and looking to avenge – his defeat at the Roland Garros at the hands of Rafael Nadal, while Roger Federer – six-time champion on English soil and current world number three, will certainly have something to say once again. Meanwhile, Andy Murray, current world number four, will be desperate to prove he has what it takes to mix it with the big three, and what better place to do so than in front of the British fans of South West London?

If you’re a bit of a tennis buff, and own an Android device, you’ll almost certainly want to download the free official Wimbledon app, which will keep you up to date with live scores, news, fixtures, interviews with the players and press, as well as the final results while on-the-fly.

The iOS version has already been in the iTunes App Store for quite a few days now, although Android device users must now be used to the disappointment of waiting for developers to put the finishing touches on the iteration for those running a Google-based unit. It’s not always a bad thing, however, that Droidsters have to wait on a whim, since it gives devs the opportunity to amend any issues prior to release. In this case, for example, the iOS version of the Wimbledon app has seen many complaints of crashing and freezing, yet in the few short hours it has been around for Android, no such problems have been reported, proving perhaps good things do come to those who wait. 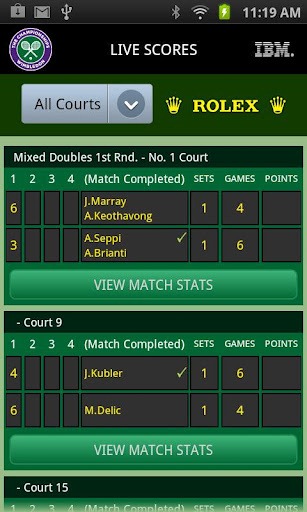 The app is absolutely free of charge, and a must-have for anybody that loves to follow the tennis. It’s better when used whilst watching the tennis, but also keeps you in the loop when viewing the live coverage isn’t a possibility. 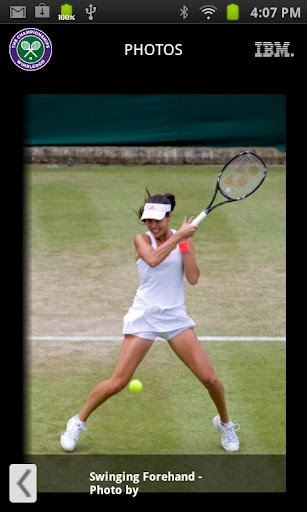 Rooting for Novak! Who’s your tip? Share your thoughts via the usual mediums below.