How To Get Android 4.0 ICS Boot Animation On Your iPhone’s Home Screen And Lock Screen

Apple has invested a lot of time and money into their mobile devices and the advanced iOS software that powers them. Hardware such as the iPhone, iPod touch and iPad are some of the most powerful examples of mobile consumer tech on the market today, with Apple’s mobile operating system being the perfect companion, thanks to its advanced features and elegant aesthetics. 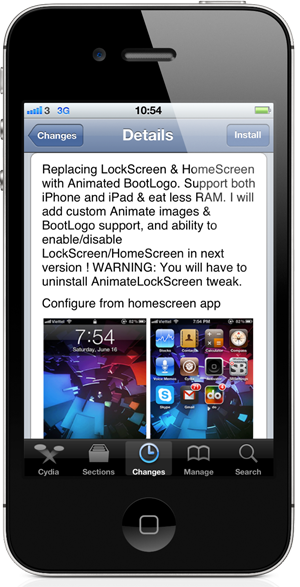 Some users tend to throw some criticism toward iOS for not being the most attractive and interactive mobile OS on the market and if you are one of those people then it may be worth taking a little peek at the Animated ICS LockScreen & HomeScreen tweak that has landed on the jailbroken Cydia store. One reason why some mobile users prefer Android over things like iOS and Windows Phone is the customization options that are available and the ability to have things like animated wallpapers that give an extra edge to the device’s visuals.

The Animated ICS LockScreen & HomeScreen package does pretty much what the name suggests, in that it affords users the luxury of being able to add an element of suggested interactiveness to their device. When the package is installed, a new app is added to the home screen, which is where the customization and setting up of the tweak happens. The interface of the app is extremely simple and consists of the options to choose between home screen and lock screen and then being able to select the animation boot logo which will be used on them. 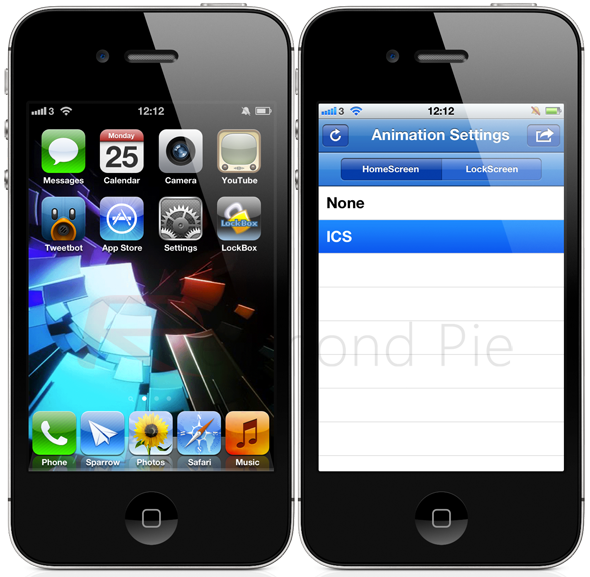 The package itself can be thought of as the framework that makes the magic happen, with individual boot logos needing to be downloaded from Cydia to be used on either the lock screen or home screen. One of the main reported benefits of this package is that it is available across the full range of devices, meaning the iPad, iPhone and iPod touch, and is also a less processor intensive tweak and uses less RAM than other options available.

Animated ICS LockScreen & HomeScreen is available as a free of charge download from the BigBoss repository with no specific iOS requirements being given but is fully compatible up to iOS 5.1.1.