Before, during, and after the big IPO, Facebook has been working hard to create some sort of reputation in mobile space. For all its wondrous web endeavors, Mark Zuckerberg’s company has not been able, so far, to replicate the dominance on the devices of today, which has been the proverbial elephant in the room for a good couple of years now.

The purchase of Instagram for a seemingly excessive amount doesn’t seem to have papered over the cracks, and the world’s number one social network has been working frantically on mobile app development in order to prove it has what it takes to appease consumers (and now, shareholders) rocking mobile devices. 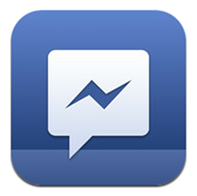 The introduction of the Facebook Photo app was particularly strange given the acquisition of Instagram, but it did show Facebook was willing to exercise every possible avenue in order to build its fragile reputation.

Now, improvements have been made to another separate Facebook-based app – Facebook Messenger – in order to enhance the experience for consumers. The release notes boast an array of changes, including the ability to flit between numerous conversations thanks to in-app notifications, a new feature which allows friends of friends to be included in conversations, and the capacity to share bigger photos.

Having said that, we remain skeptical as to whether the app will deliver, and given Facebook’s dismal reputation, I think that assumption is more than reasonable.

As well as the obvious new features, the app is said to load faster, offers more reliable push notifications, and fixes lingering bugs; but once again, we’ll give it a thorough test before we unleash the confetti.

With nigh-on a billion active users, the importance of creating decent mobile apps to supplement Facebook cannot be emphasized enough. Moreover, the ad revenue generated through mobile doesn’t quite reach the heights it ought to, so despite Facebook managing to all-but retain its initial share price, there’s still plenty of work to be done.