Follow The Championships, Wimbledon On iPhone, iPod touch And iPad With The Official Wimbledon 2012 App

The Championships, Wimbledon – the world’s oldest and most prestigious tennis Grand Slam event – is all set to start in a week’s time on June 25th. It’s where the biggest names in tennis will be volleying, slicing, smashing, lobbing, back/fore-handing and serving each other while we kick back, relax and enjoy the show.

Most prefer following the tennis tournament on TV, but those of us who are on the move (and own an iOS device) can always stay up to date with the official Wimbledon app which has been updated today for the 2012’s event. Check it out after the jump! 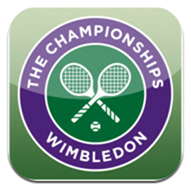 We covered the app for last year’s Wimbledon (which Djokovic so gloriously won!). The exact same feature-set carries over from last year, which isn’t a bad thing at all since this app has everything you need, literally, everything.

Key features include live scores, results of all matches played so far, schedule for upcoming matches, general news, player profiles, the ability to watch small clips (highlights, previews, interviews and “golden moments”) and see photos, listen to live commentary from three different channels and a Find It feature which lets people locate facilities around the court in case, you know, they need to pay toll to the sewer gods. In short, the app covers every aspect of the event from head to toe, ensuring that you don’t miss a single moment.

We wish the app had a feature for live-streaming matches, but we’re hoping that – just like last year – Veetle.com will live stream Wimbledon on iOS devices. If we find any other way, you guys will be the first to know!

Wimbledon for iOS carries a very price tag of ‘free’. It works on all iOS devices running iOS 5 or later, but sadly there’s no native iPad support, though we really wished there was, but still you can run the app on your iPad by scaling it up in iPhone mode, which really isn’t that bad in our opinion. You can download it from the link embedded below.