The behind-the-scenes decision making within Twitter has come in for quite a bit of criticism over the last few months. The decision to go in a different direction with third-party apps and developers has angered more than a few people in the development community, but they have now at least appeased Windows 8 users with the release of the official Twitter app on the Windows 8 Store.

The app is compatible with machines running Microsoft’s latest Windows 8 platform as well as RT devices and is immediately available as a free-of-charge download from the Store. The app, as you would expect, allows Windows 8 aficionados to get access to real-time stories, pictures, videos and conversations all through a familiar timeline based experience that has become so synonymous with Twitter apps. 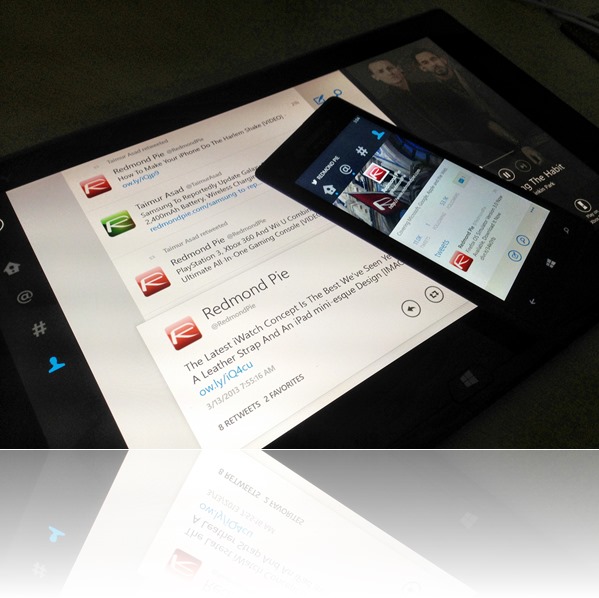 Most of the standard features that users have become accustomed to within a Twitter app are all there, designed and implemented in a manner that feels perfectly at home with the Windows 8’s modern interface. The ability to follow individual users, interact with different interests and access unfiltered perspectives makes the experience quite unique for Windows 8 users. But it does suffer with no support for adding multiple accounts.

One of the nice little implementations of the app is the Snap View that allows the size of the open app to be adjusted to one-third, two-thirds or full screen, which is perfect for using additional apps alongside Twitter. Keeping in line with Windows 8 design methodologies, Twitter has also given users access to two Charms that come in Share and Search flavors. Share charm allow users to share anything to Twitter from any app on Windows 8. 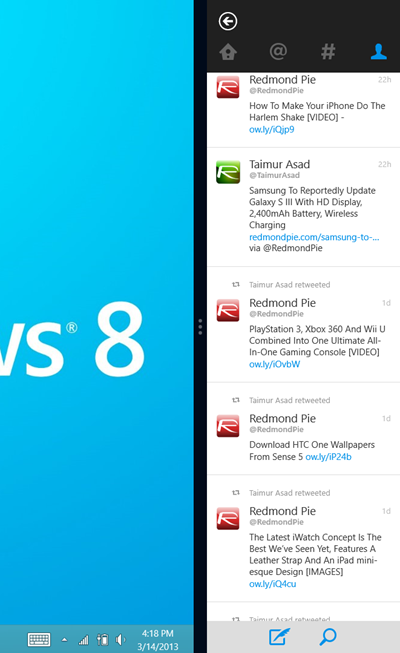 Support for Windows 8’s live tiles and notifications is also present in the app.

The launch of the app comes as a little bit of a blond-side considering we haven’t really heard much about an official Windows presence since the original blog post in the third-quarter of last year.

Overall, the app looks and functions almost exactly like its Windows Phone counterpart, which recently got a major overhaul itself.

It may be lacking in certain aspects like multiple account support, but it’s definitely a step in the right direction and will appease the millions of Windows 8 users out there.

Twitter for Windows 8 and Windows RT can be downloaded from Windows Store.