Using Twitter, perhaps more so than any other social platform, seems perfectly matched to the mobile market. Everything said is within the 140 character limit – fending off those who like to broadcast an unabridged version of their life story, and it has overtaken the RSS reader in allowing users to keep up with the news feeds they really want to follow. 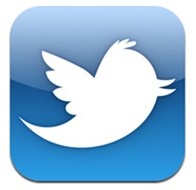 The official Twitter app has come under some scrutiny for being a little one-dimensional, and it has to be said, there are many, many good – if not better – alternatives out there for both iOS and Android. That said, official apps are more often than not the most-used, so whilst many of us are happily sitting on the likes of Tweetbot, the majority will be looking for those behind Twitter to continue updating and improving.

The official Twitter app has just been updated for both Apple and Google’s mobile operating systems, and there are quite a few significant new features. Rumored heavily over the past couple of days, the big update includes Facebook-esque content previews allowing users to preview linked images, videos, and other rich content within a tweet, as opposed to simply clicking on a link and waiting around to see what’s on the other side.

Push notifications are also a great deal better. Instead of simply receiving a notification when somebody sends you a DM, tweet or mention, you can now set the app to give you the heads-up when any given Twitter user posts an update. Yes, it is a stalker’s perfect feature, but if you do use Twitter for following specific news, then it could be the killer implementation you’ve been waiting for.

Those using the iOS iteration can set Twitter to leave status bar notifications whilst in-app, and the whole update in general is more than welcome to the avid tweeter.