Prior to the official unveiling of a new gadget, particularly one bearing the famous bitten apple logo, case and accessory makers like to get ahead of the game by preparing and releasing cases early on in the day. However, until the official announcement has passed and the company behind said gadget has released the schematics, one can never be sure of the device’s precise measurements. Today, Apple has released the schematics of the iPhone 5s and iPhone 5c, so if you are a maker of cases or perhaps just intrigued by the intricacies of a device’s construction, then you can check out all of the details after the leap.

With millions of iPhones expected to be sold during the course of the first weekend alone, it’s a crucial time for any case maker. Although many consumers do not bother enveloping their devices in protective shields, the more cautious among us take great care in selecting the right case to suit our device as well as our lifestyle. As such, case making is big business, and with now just four days to go, case makers can get to work on preparing everything leading up to the release.

There’s added significance to this particular iPhone release since it’s the first time that Apple will be dropping two devices on the very same day. Although the iPhone 5s will, initially at least, sell quite a few more than its polycarbonate-clad counterpart, the added variety should see more consumers step out and queue up for both devices, and therefore, more cases will be needed to cater to them. 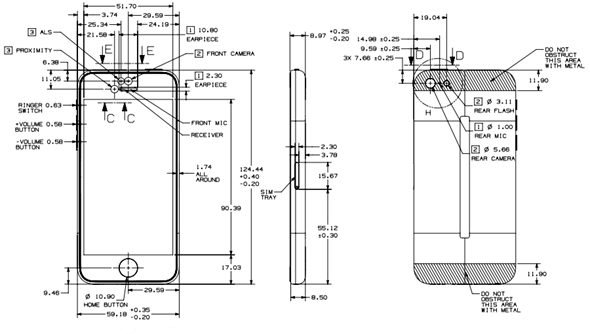 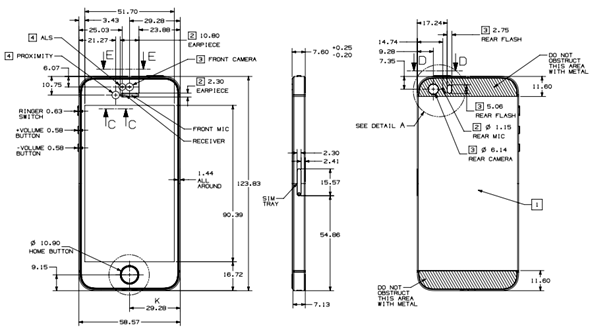 The iPhone 5s and 5c share one or two similarities, but on the whole, both are cut from a very different cloth. Whereas the iPhone 5s is a powerhouse featuring a 64-bit A7 processor, M7 coprocessor, Touch ID fingerprint sensor and that anodized aluminum chassis, the iPhone 5c is little more than an iPhone 5 with a funky, colorful shell. With that said, it was good enough to be the flagship for the year just passed, so once the hype surrounding the iPhone 5s cools off, the cheaper (although still not very cheap) device may begin to pick up.

In the meantime, you can check out the schematic drawings for yourself by heading here.