Google’s stronghold in the digital music market may not be as strong as some of its competitors like Apple iTunes and Spotify, but the search giant continues to update and improve its Google Music service in order to compete with the big guns. Much like Spotify, which allows unlimited streaming and offline playlists for a flat monthly fee, Google Music gives its users access to millions of tracks right off the bat, and with the Big G’s Android having long since been treated to an official app, it would seem as though the corresponding Google Music for iOS app is not far off getting its grand release. Apparently, Google Music for iPhone, iPad and iPod touch will be making its way to market later on this month, and with October also poised as the setting for at least one new iPad, it would be a well-timed release.

Google Music is already accessible on desktop and Android, but with iOS also vying for supremacy in the mobile market, any app worth having tends to offer support for both of the industry’s key players. Naturally, Google has taken care of its own up until now, but fairly soon, iOS users could be enjoying the $9.99 per month subscription service from the comfort of their iDevices.

The reason stated by Google for the delay in bringing the app to iOS was related to DRM issues, but with those kinks now said to have been ironed out, it could be ready for prime time by the close of October.

Not only is this good news for iOS-wielding Google Music users, but it’s good for music lovers in general. It’s always good to have substantial levels of competition, since it drives down prices and helps companies improve their products, and although, as a Spotify for Android and iOS user, I can vouch that this particular service is perhaps the best around in terms of discovery and variety, I’ll be happy to see the notoriously efficient Google join the mix. 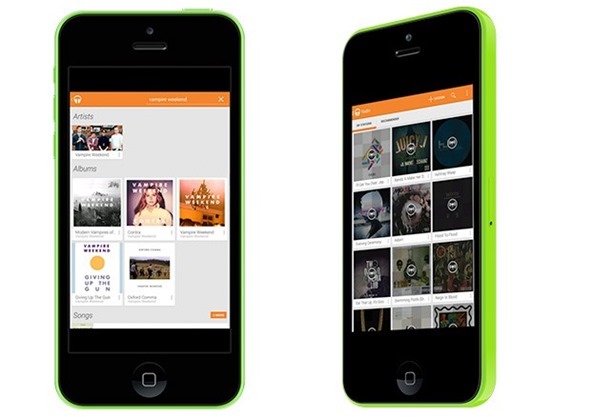 We will, as ever, let you know as and when the Google Music app does hit the iTunes App Store, so stay tuned to our coverage here at Redmond Pie, so stay tuned!