The official Dropbox app for Windows Phone 8.1 is now available to download. More details and download link can be found after the break.

The move comes in after two months when Microsoft and Dropbox entered into a partnership with the integration of the cloud-based storage service into the Office suit of apps for smartphones and tablets. With the release of the official Dropbox app for the Windows Phone platform, users will now have access to a cloud storage service other than Microsoft’s own OneDrive. The plan to further integrate the service into the MS Office apps is definitely a step in the right direction by Microsoft, realizing the importance and prowess of Dropbox as it is. 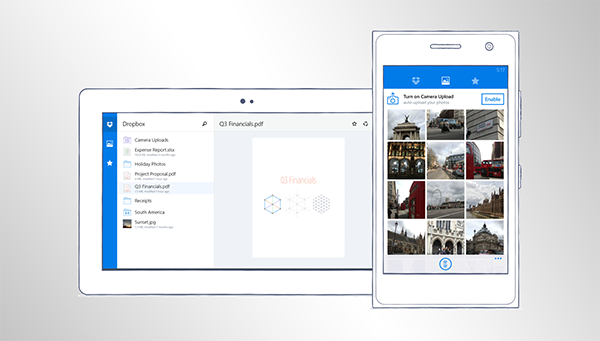 As for the features that the app brings to your favorite Windows Phone device, you can expect the usual bits available on the Android and iOS platforms. This includes automatically backing up your photos to the cloud, marking items as favorites to access them offline whenever an Internet connection is absent, and accessing both your personal and work accounts from under one roof. According to the Dropbox team, another Windows Phone specific has been added to the app, where users can pin any Dropbox folder to the phone Start screen. 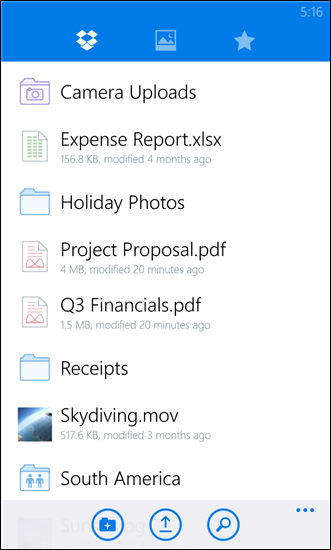 Third-party Dropbox clients have been available on the Windows Phone platform for quite some time now, but it’s fairly obvious that nothing gets better than the official solution provided by the company itself, and today marks that day. 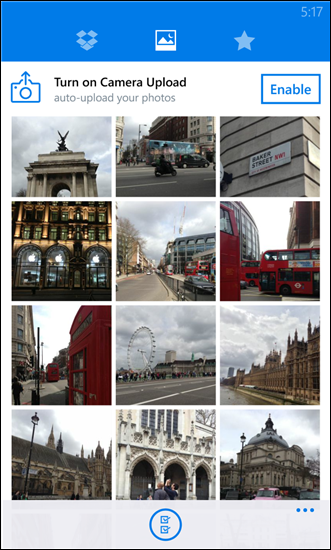 In another development, Dropbox has also acquired CloudOn, a cloud based document editing service. While it’s unclear what the acquisition specifically means for Dropbox and what further services it will spring up from the cloud storage giant, it is likely that we’ll see a bunch of cloud based productivity tools being launched in the near future. 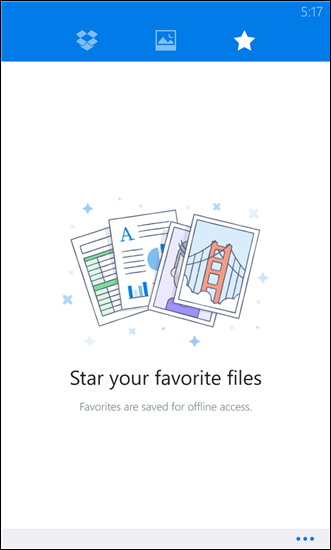 The new Dropbox app is available for all devices running Windows Phone 8 and above. And for your convenience, we’ve linked directly to the app below. If you’ve been waiting for Dropbox to release an official client, then snap it up right away and start uploading your precious files to the cloud.