With many still savoring the announcements of the iPhone 5, it wasn’t so long ago Apple announced another significant addition to its vast range of products – the MacBook Pro with Retina display. Having gone through a bunch of run-of-the-mill enhancements to the existing MacBook Air and Pro models, the Retinized notebook served as that exciting "one last thing" at WWDC ’12, and although its sky-high price put quite a few consumers off, there was no shortage of consumers snapping up the sharpest-displaying notebook on the planet.

OS X looked fantastic on the new model – from the background wallpaper to the smoothness of the docked icons – but unfortunately, many of the most popular apps were slow to update and adapt them to the new display of the new MacBook Pro. One of the standout apps was Microsoft Office 2011 which, although not popular with some Mac users, is still utilized by many who like hassle-free compatibility with a PC-dominated society. Now, Microsoft has finally updated the visuals of Office for Mac 2011, so if you’re rocking the MacBook Pro with Retina display, you should see the infinite improvements. 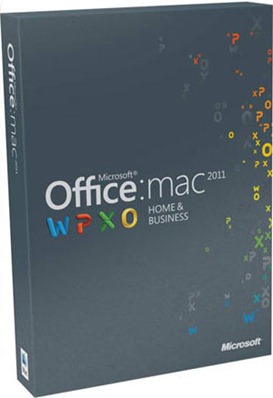 Microsoft has been incredibly busy organizing its own affairs in the run-up to the grand launch of Windows 8 at the end of next month, so it’s little surprise catering to an elect few MacBook Pro users wasn’t exactly atop the Redmond-based software maker’s agenda, but it’s nice to see the company finally deliver a polished product to what is a very polished display.

Office for Mac 2011 (or version 14.2.4) is now available to install, and you can grab it by either checking Microsoft Update waiting for that AutoUpdate alert to catch wind. 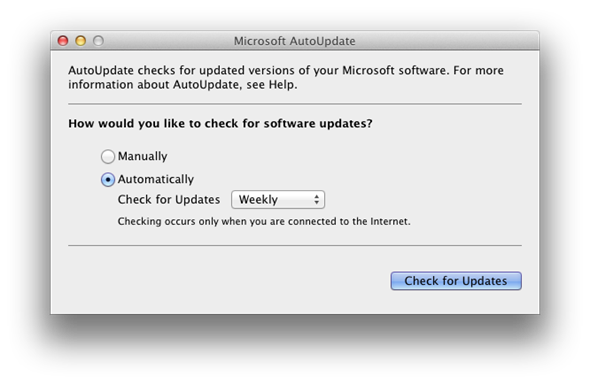 Those using Office for Mac 2011 will see the likes of SkyDrive and Office 365 when Office 2013 launches, although a fully-fledged upgrade of the next Office is quite a way away. As I said before, Microsoft has such a huge list of tasks to complete over the next twelve months, that it figures Office for Mac – a minute user-base and revenue source – would be towards the bottom of the pile. Much like Windows Phone 7.8, Microsoft is attempting to keep its users happy enough despite not being able to offer any major improvements to the current configuration.