Oculus has announced a whole new virtual reality headset that will plant itself between the mobile Gear VR and high-end Oculus Rift, called Oculus Go and importantly, it will ship as a standalone device.

Shipping next year, the Oculus Go will cost $199 which is a little more than the Gear VR’s $129 asking price and a fair chunk of change less than the Rift’s $499 price tag. 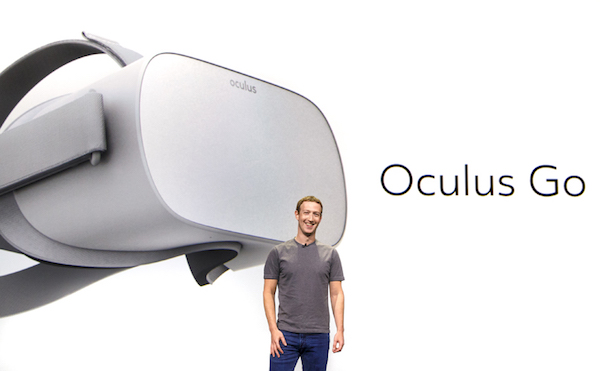 The aim of the Oculus Go is to enable users to enjoy the world of virtual reality without the hassle of plugging in a smartphone or a powerful computer. Importantly, that $199 price point also ensures it is not out of reach for a sizeable portion of the market.

While the Go was rumored ahead of the Oculus Connect event during which it was announced, this is not a full retail version of the Santa Cruz prototype that was shown off last year. Importantly, the Go does not include inside-out tracking or fully tracked motion controllers which goes a long way to keeping the selling price as low as possible. For those wondering about that Santa Cruz prototype, you’ll be pleased to know that it, and the additional features the Go is lacking, is still in the works and is expected to be made available to developers some time next year.

Oculus’ Hugo Barra says that this is the easiest way to get into virtual reality, with its a 2560×1440 screen and spatial audio built into the headset. That means that the Oculus Go can be used without headphones, another barrier to entry that can sometimes put people off virtual reality implementations.

The controller that the Go uses is similar to the remote that ships with the Gear VR, too, which should mean that developers will have a relatively easy time porting things over and those developers will get their kits, allowing them to get started on creating software, next month.