Occipital Bridge is an upcoming iPhone-compatible VR and AR headset that could give other rigs in the standalone headset market a run for their money. Here’s everything we know about it right now.

You may or may not remember the Structure Sensor iPad accessory that is made by Occipital, but it was super-awesome. By using its own interesting take on virtual reality of sorts, Structure Sensor could scan a room or structure and effectively turn them into CAD drawings for manipulation for all kinds of work. We’re still not 100% sure what kind of weird voodoo was involved in making that work, but Occipital is back again, this time using the same technology to give iPhone owners a proper option for an augmented and virtual reality headset. 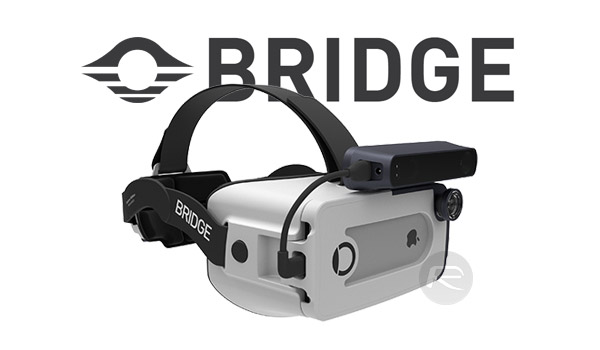 The Occipital Bridge is that headset, and what makes this stand out against a crowd of mediocre headsets is that this one uses the same technology as Structure Sensor, allowing it to create a 3D map of a room and feed that into the iPhone software that runs the whole shebang. This means that in-game, or in-world interactions and objects can affect objects and characters with the software.

It’s an interesting twist on software we have all become accustomed to calling augmented reality, but this is possibly the best example of reality actually being augmented that we’ve come across – certainly in the mobile space, anyway.

HTC’s Vive and Microsoft’s upcoming HoloLens are different kettles of fish entirely, and perform like it, but for something that takes an iPhone and literally creates interactive worlds from real ones, Bridge has the potential to blow the market wide open.

Alongside the headset itself, a remote controller that looks somewhat like a Wii Remote can be used as a pointer of sorts within the software, and will be included with the headset at launch.

You’ll have to wait for that to happen, though. Developers can get a Bridge this month for $499, but customers will have to wait until March before they can have a play. The good news? They only have to hand over $399 for the privilege.