Nokia today announced that it has filed legal complaints against Apple in both Germany and the United States in which it accuses the Cupertino company of infringing upon its patents. The arguments stem from a disagreement between the two parties over the licensing of Nokia technologies that are in use within Apple products, specifically the iPhone.

Apparently determined not to be outdone, Apple has today also filed antitrust lawsuits against a number of patent assertion companies that it claims are attempting to collect excessive licensing fees for Nokia’s patents. 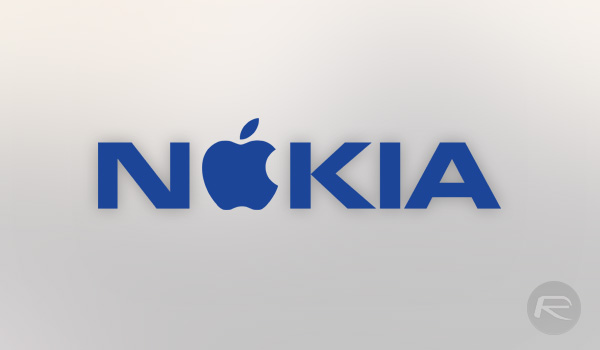 In fact, Apple claims that those same companies and Nokia itself are in cahoots. According to Apple, Nokia is trying to ignore FRAND (Fair, Reasonable, and Non-Discriminatory) licensing deals it signed for important technology patents by transferring those patents to patent assertion companies.

Apple isn’t stopping there, though. As things continue to escalate in the war of the giants, Apple has also included Nokia itself in its antitrust claim, with Nokia Corporation, Nokia Solutions and Networks Oy, and Nokia Technologies Oy added to the list of defendants.

With its cell phone business dying, Nokia began to seek out willing conspirators and to commence its illegal patent transfer scheme in full force; that scheme has continued in full effect to the present. The driving force behind Nokia’s strategy was to diffuse its patent portfolio and place it in the hands of PAEs. Acacia and Conversant were its chief conspirators.

It’s not just Apple that’s been flexing its lawyers either, with Nokia also growing the number of countries in which it is taking Apple to task over misuse of its patents. Nokia filed additional lawsuits against the iPhone maker in Asia, Europe, and the United States. The total now stands at 40 patents across no fewer than 11 countries.

Ilkka Rahnasto, head of Patent Business at Nokia, said: “Through our sustained investment in research and development, Nokia has created or contributed to many of the fundamental technologies used in today’s mobile devices, including Apple products. After several years of negotiations trying to reach agreement to cover Apple’s use of these patents, we are now taking action to defend our rights.”

It’s been awhile since we had a good patent battle, and this one looks like it could run and run. Apple doesn’t look like it will back down on its claims of antitrust violations and at this point, we don’t see how Nokia could stand down from its own legal pushes. Strap in, folks – this could get messy.