As you are almost certainly aware by now, the brand-new iPhone 5 is releasing tomorrow, and with consumers already queuing in their droves to be among the first to get their hands on the device, rivaling companies are queuing up to take a pop at Apple’s flagship.

The lengths companies have gone to makes it look like a touch of the Green-Eyed Monster, particularly with Apple’s shares in excess of $700 a pop, and with Samsung already having had its pound of flesh with an ad bashing the queuing Apple fanatics, Nokia has felt compelled to offer its own reasons why you shouldn’t buy an iPhone 5. 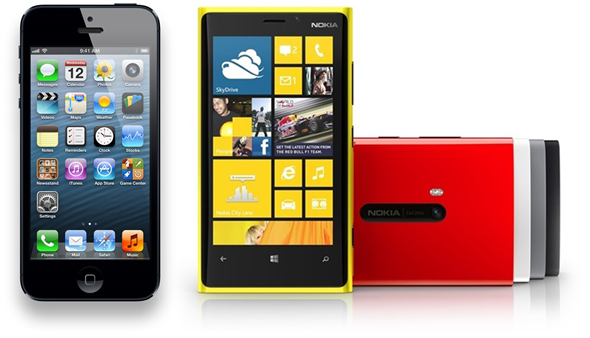 Rather than going down the direct advertising route, the Finnish company has decided to throw out an infographic, and as well as looking a tad bit desperate, it looks extremely rushed.

Clearly, Nokia was in such a hurry to release the illustration before the 21st that it forgot many of the key facts – mainly with regards to its own products. Yep, that’s right; although we’re used to companies erroneously pointing out flaws in rival’s device, Nokia cannot seem to differentiate between the Lumia 920 and 820.

The infographic, which you can see in its entirety below, is presented in a tiled-esque design, and – much like Windows’ new interface itself – has left some scratching their heads: 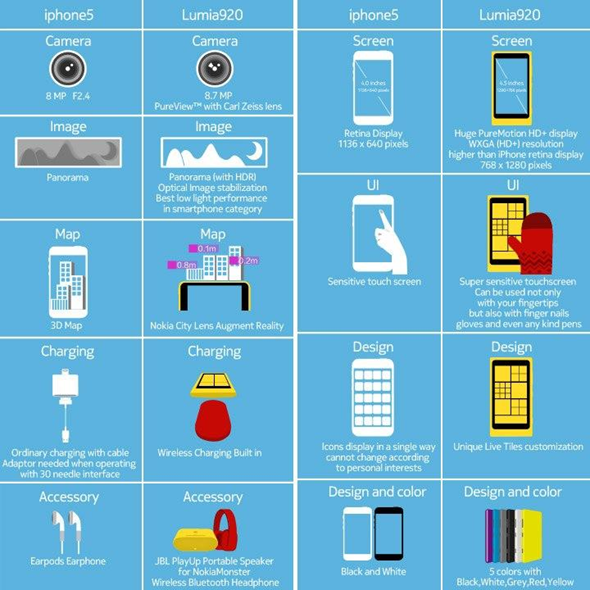 The Nokia Lumia 920 certainly looks impressive, and will attempt to do battle with the iPhone 5 when released at the end of next month, but this subjective, flawed graphic is unlikely to sway anybody. The Lumia 820 and 920 images have been swapped, and whilst we’d expect a Samsung or an HTC infographic to make such an error about Nokia, one wouldn’t expect the company itself to make such an embarrassing mistake.

Most of the categories are subjective, and if Nokia thinks all iPhone 5 fans are basing their purchases on it including the very best specs, then the company seems to be missing the point completely.

I am, like many techies, looking forward to seeing the Lumia 920 when it does hit the market, but it does appear the frustration on waiting for WP8 to release is taking its toll on Nokia.

The company is also pretty hacked off by HTC’s flagship 8X and mid-range 8S Windows devices, announced yesterday, blasting them as "tactical re-branding," and with so many interesting devices dropping over the next couple of months, we’ve an explosive Fall in store for tech fans.