It’s often the case that tech companies use the announcements of a rival to plug a new product or service, and on a day that will see Apple announce its new iPad(s), Mac Pro and more, Nokia has taken the opportunity to showcase its first tablet, which it has named the Lumia 2520. Costing $499 and running on Windows RT 8.1, it is built for the masses, and with a sleek design similar to many of the Finnish outfit’s smartphones, also arrives with a keyboard-enabled smart cover.

Uniformity is always a good thing, particularly in the digital industry, and Nokia has kept certain traits of the smaller Lumia range for this tablet. From the unibody finish to the bright, vibrant color options, it very much conform to stereotype, and with the usual choices of cyan, red, white, and black, your Lumia 2520 will certainly stand out next to other RT slates. 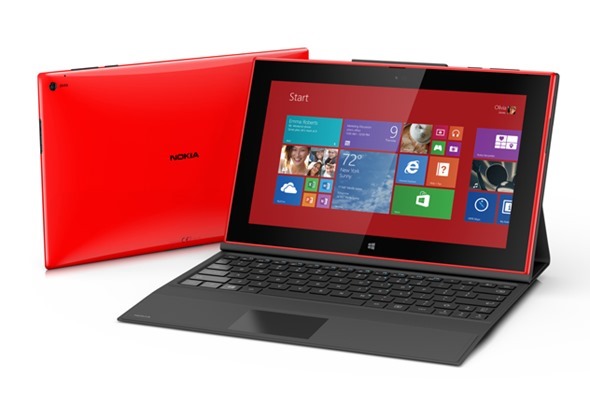 Not only does it look good, but it’s also a worthy competitor to Microsoft’s Surface 2, which has dropped the RT moniker but is essentially the successor to the Surface RT. The Lumia 2520 boasts a 10-inch, 1920×1080 resolution display, and although this is certainly not as strong as others on the market pound-for-pound, it does boast good viewing angles and the strong color reproduction we’ve come to expect from Lumia.

As far as interiors go, there’s a 2.2GHz Snapdragon 800 processor, 2GB of RAM and 32GB of internal storage space, which can be expanded via microSD. 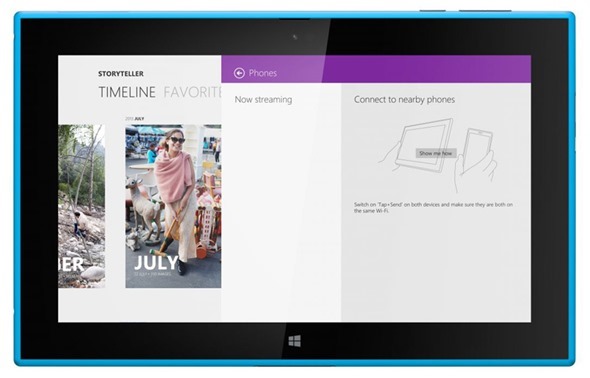 The keyboard doesn’t come as standard, though. Costing $149, the so-called Power Keyboard is said to be quite bulky, but this is somewhat offset by the fact that it offers an additional five hours of battery as well as two extra USB ports – ideal for those looking to be ultra-productive on-the-fly. Considering the Lumia 2520 offers 11 hours of battery life as standard, that’s a full 16 hours of solid use, and if you’re running a device for much longer than that, you’re either working too hard or procrastinating just a tad too much.

So, there you have it. Nokia has entered the tablet game, and its first effort certainly isn’t bad. Power users will certainly be hoping Nokia comes through with something comparable to the Surface Pro line with stronger hardware and support for Windows 8.x Pro, but in the meantime, this looks a very promising device.