After more than a year without the world’s most popular video streaming service, the Nintendo Switch finally has a YouTube app to call its very own.

When Nintendo released the game console back in March of 2017 we assumed it was only a matter of time before YouTube joined the party, and we were right. We just didn’t quite expect it to be such a long time before that happened.

Available as a free download from the Nintendo eShop, the YouTube app looks and behaves just as you might expect it too. Interestingly, the Switch version of YouTube also supports the platform’s 360 videos, although we’re not sure how popular that will turn out to be.

Interacting with the YouTube app is largely a button and joystick affair, tough the touchscreen does work of a fashion, something that will be great news for anyone who wants to watch content in handheld mode and doesn’t want to have to fight with entering search queries using the joystick.

No matter the input mode you choose though, signing in with our Google account credentials will give you instant access to your subscriptions as well as all the other facets of YouTube that we have all become so accustomed to. 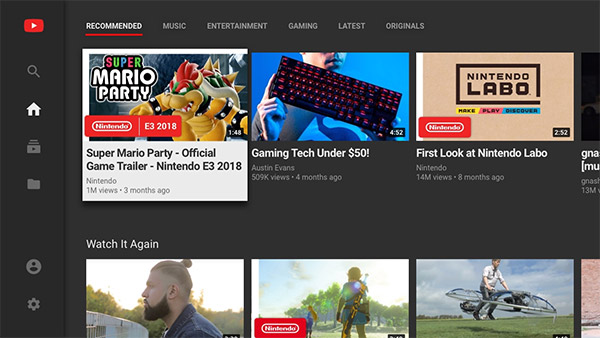 One addition that may otherwise go unnoticed is the fact that your Movies Anywhere library will now be available on your Switch thanks to the YouTube app, and while you’re not going to be watching any 4K HDR movies on this thing, it’s yet another place where your movies will follow you around rather than you having to go hunting for them whenever you need them. 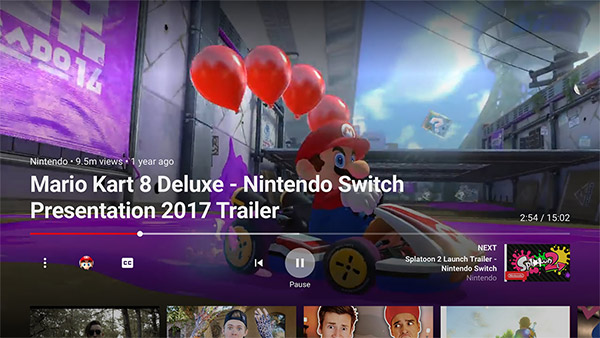 Now that YouTube has joined Hulu on the Switch, is it only matter of time before we get Netflix and Amazon Prime? We hope so, although that’s probably up to Nintendo at this point.