At this point, even if you are too young to have ever seen the actual Back to the Future movies, you have to know that the last week of news has been dominated by the fact that one of the movies, namely the first sequel (Back to the Future II), imagined what the year 2015 would look like. More specifically, October 21st 2015. Turns out that while we already have 3D movies, wall-mounted widescreen TVs, wearable tech and may be finally about to get those hover boards that the movie promised, those may not be the only predictions to bear fruit.

After a first, underwhelming attempt at making the Back to the Future self-lacing shoes a reality with the Nike Mag back in 2011, the sportswear firm is back again, this time marking the special day with the news that it has another pair of Mag shoes to show off, and this time around, the self-lacing might actually be a reality. 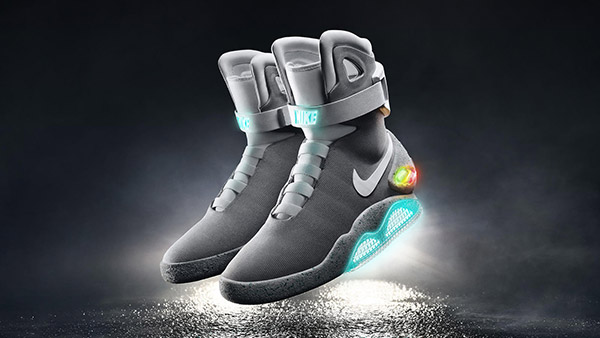 The 2015 Nike Mag shoes are at the moment a one-of-a-kind affair, with that pair being in the hands, or more accurately on the feet of Michael J. Fox himself, or Marty McFly, to those of us who grew up with the movies. The shoes not only feature the self-lacing aspect that fans of the fictional Nike shoes are so keen on, but they also feature similar light-up elements as well just to complete the effect. We’re not sure about shoes with lights in them, but we’ll make an exception in this case. 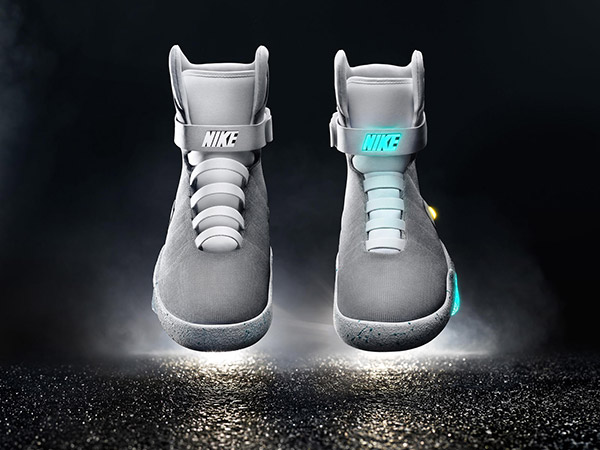 The limited edition shoes will ultimately go on auction in 2016 with details regarding said auctions to be revealed during the coming spring. Nike hasn’t revealed the actual value of the new Nike Mag shoes, but we can’t imagine them being cheap even before you consider the hardware that must be inside the things.

But who cares? They lace themselves up!

Below, you can watch a video of Michael J. Fox trying out Nike’s new shoes and its powered laces.