NFCWriter For iOS 10 Released, Lets You Unlock And Use NFC On iPhone Beyond Apple Pay

If you remember back last month when we brought you the news that Elias Limneos was working on unlocking the power of NFC on iOS, and were excited about what that would ultimately lead to, then let us introduce you to the new NFCWriter jailbreak tweak that has just hit the Cydia store.

Elias Limneos has always been highly thought of in the jailbreak community and has been responsible for a plethora of packages that have made it onto millions of devices around the world. After a relative period of calm, and not releasing anything new, the well known developer is back with this new NFCWriter tweak that unlocks the full power of NFC on Apple’s iOS devices. 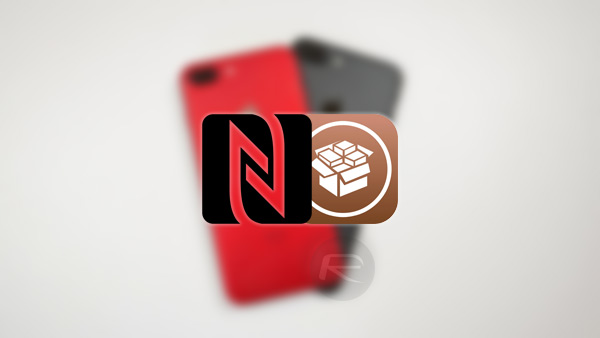 Anyone with an iPhone will know that NFC has previously been entirely closed on those devices for Apple Pay only, which makes this tweak a one-of-a-kind, and definitely something that NFC fans will want to get their hands on. For a price of $3.99, jailbroken device owners on iOS 10 can get this tweak which has the ability to instantly read some of the most commonly used tag types when they are placed close to the device. The package also introduces the ability to write tags, as well as managing and saving tags in one convenient place, in addition to introducing a Host Emulation Mode, which comes with device limitations for now, but will be worked on and supported going forward.

NFCWriter also brings the ability for users to perform specific actions based on individual tags being read, as well as being able to display information about the tags and its manufacturers, such as its memory size, manufacturer, the type of tag it is, and much, much more. 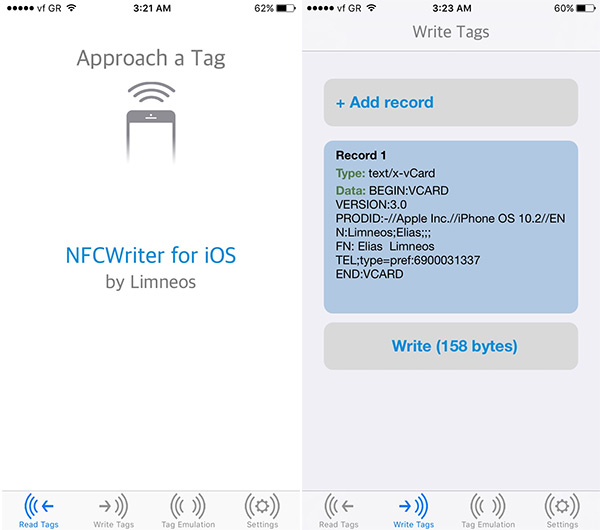 This is essentially a must-have tool for those involved in the world of IoT or those who spend their time researching NFC tags and technologies. As well as being one of the first new tweaks released by Limenos for quite some time, it’s also one of the most extensive NFC packages that we’ve seen, and certainly the first of its kind that unlocks this type of capability on Apple’s iPhone.

While Apple plans to open up NFC to third-parties with iOS 11, for those with iOS 10, or those who simply cannot wait until iOS 11 release, can make use of this tweak to unlock full potential of the NFC-equipped iPhone models.

NFCWriter can be grabbed from the BigBoss repository in Cydia for $3.99 as mentioned earlier, and is compatible with Apple’s iPhone 6s and above and iOS 10 only. Backwards compatibility for iOS 9 is said to be in the works.