According to a new report, the next-generation Xbox gaming console is set to boast much-improved graphics, similar to those found in James Cameron Avatar movie. Even though whole new Xbox is likely still a year or two away, how realistic could this report be? 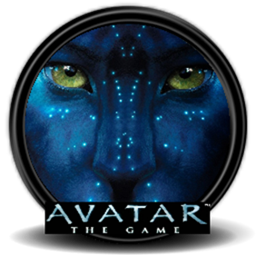 This new report is coming out from AMD, which currently supplies graphics hardware for the Xbox 360, and will presumably do the same for the next-generation Xbox, although the company would not confirm it. If the comparison with Avatar is indeed accurate, the new graphics would allow for a much-improved gaming experience, even better than the one that is possible on PCs today, which would be quite an accomplishment.

The same source is also suggesting that the next Xbox will have such an incredible amount of processing power that its physics and interaction capabilities might be enough to blow you through the roof, allowing games to be way more realistic than they are today. A great example of that would be a game of Grand Theft Auto where every single pedestrian could have an individual mentality and react in a different way from any other pedestrian when interacted with. This sounds almost impossible in today’s world, but playing games might feel just like real life in a few years.

The Xbox 360, which is close to its 6th anniversary, is at the cornerstone of Microsoft’s console gaming strategy. Despite being a state-of-the-art device at the time, the console is now clearly due for an upgrade in a few years, in order to keep up with more demanding games. We’ve heard vague hints before, but only now are we getting a clear indication that we’ll likely see much-improved graphics. According to sources, the next Xbox will be known as the Xbox "720", although Microsoft might pick a more creative name at the last minute.

If you’re thinking of putting off getting a new Xbox until the new one is released, perhaps that won’t be that worth it unless you’re willing to wait quite a few years. The Xbox 360 is here to stay, and will likely get further improved software-wise, with features such as cloud storage, like we reported earlier. Furthermore, the 360 is expected to triple its game portfolio by the end of the year, if Microsoft’s latest estimates are to be believed.