New Yahoo Weather App For Android Is Finally Here, Comes On Par With Its iPhone Counterpart

A few months back, Yahoo! hopped out of the wilderness to deliver a rather stunning weather app for Apple’s iPhone, and in fact, the iOS 7 weather app appears to have borrowed one or two design cues from it. Naturally, many Android users have been wondering whether the updated app would would be making its way to the Google Play Store any time soon, and if you happen to be one of those individuals, your wait is officially over. The new Yahoo! Weather app is now available for Android, and as ever, it’s free of charge. Details, as well as that all-important download link, can be found after the leap!

While some apps ported through to new ecosystems often run as though they’ve been dragged from their comfort zone, Yahoo! Weather for Android both looks great and plays rather nicely, just as we’ve grown to expect from the iOS iteration. 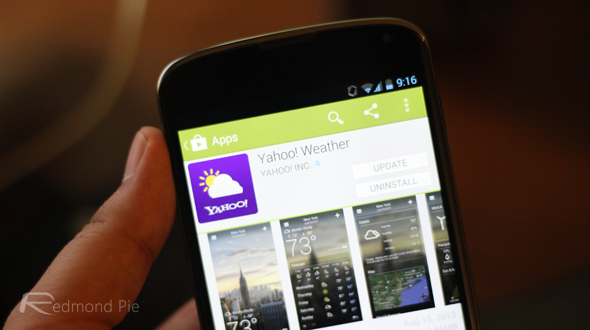 With so many developers having gone to all kinds of lengths to create new and innovative apps to grab the attention of the consumer market, Yahoo!’s markedly basic app has managed to yield millions of downloads already, and with a calm, translucent interface set upon a backdrop of some location-sourced wonder shots from Flickr, it’s no wonder many of us have become more interested in watching the weather from our smartphones in recent times. 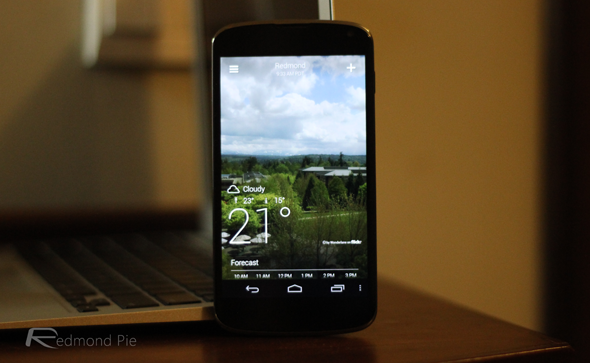 As you would expect from a well-equipped weather app, Yahoo! Weather allows you to check anything from wind speeds and sunrise to precipitation and UV patterns, and with up to ten day forecasts, you can easily plan for the week ahead. Having used the iOS version quite a bit since it was first made available at the App Store, I have been pleasantly surprised by its accuracy, and after a few hit-and-miss experiences, have stuck faithfully with Yahoo! Weather. 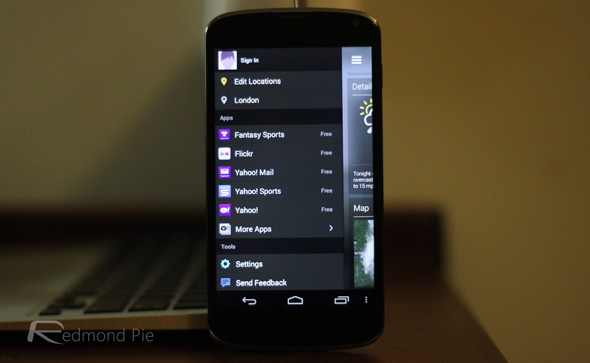 One great feature of the app is its ability to save locations for later reference. For example, if you head off abroad, you can still be kept on alert for any weather warnings or updates while you’re away, and if something major, such as a storm or tornado, begins to take hold, you can make the necessary adjustments.

Grab the all-new app below, and be sure to leave your thoughts in the comments.

(Download: Yahoo! Weather for Android on the Play Store)