The Forza Motorsport series has been a mainstay of Microsoft’s Xbox range of consoles. The first edition launched on the original Xbox, and with the subsequent releases also spanning the Xbox 360, it’s no surprise that Forza Motorsport 5 has been penciled in among the initial titles to be available for the Xbox One. Today, the Redmond company has lifted the lid on the limited edition version of the title, which brings an abundance of added goodies to all those die-hard racing fans out there.

In a joint announcement with Turn 10 studios, Microsoft also shed some light on the Day One version, which also offers some nice little perks to those registering their interest early on. Costing $59.99, the Day One pack will be enveloped in special “commemorative packaging” to reflect the design of the Xbox One Day One console, and will offer a pack of three cars including a 2010 Audi TT RS Coupe, 2013 Ford Focus ST, and the almighty 2011 Lamborghini Gallardo LP570-4 Superleggera. 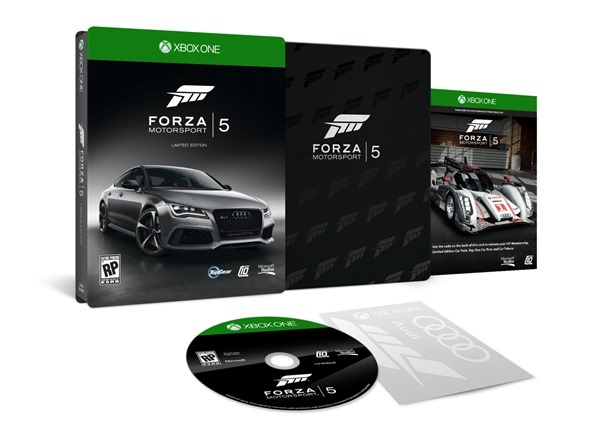 The Limited Edition, naturally, is a slightly more serious affair. For an estimated retail price of $79.99, gamers get a VIP pass to some of the games very best features. As well as those aforementioned cars detailed in the Day One pack, avid racers will get to enjoy the 2011 Audi RS3 Sportback, 2012 Aston Martin Vanquish, 2013 Ford M Shelby Mustang GT500, the 2013 model McLaren P1, and the 2013 SRT Viper GTS.

The added VIP membership also brings multiple bonuses such as “2x player reward acceleration,” but more importantly, there’s also a VIP car pack featuring some classic cars of old and new demographic. from the 1965 Shelby Cobra 427 S/C to the 2011 Bugatti Veyron Super Sport, Forza 5 is a bit of a petrolhead’s dream, and although the $79.99 asking price may be a stumbling block to some, the ability to screech those corners in a 270 MPH Bugatti – as well as the 2014 Audi RS7 Sportback depicted on the cover of the limited edition version – might just sway it. 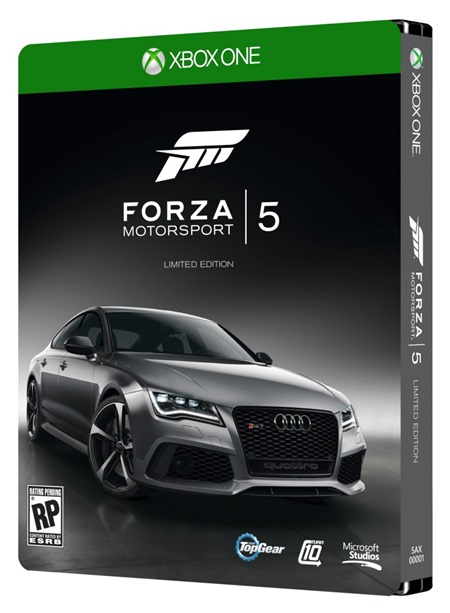 You can pre-order both versions right now from participating retail outlets, and although there are certainly plenty of hot release titles coming for the Xbox One, car racing fans really ought to be considering the purchase of Forza Motorsport 5 as the console’s November release date draws ever closer.