Apple’s iPhone 6s is heavily expected to be announced in the coming weeks with the hardware itself predicted to land on our physical and digital shelves toward the end of September. Speculation is that the physical aesthetics of the smartphone will remain consistent with the current model, with only a handful of new features being offered. Force Touch is one of those primary improvements which is set to make an appearance on the next-generation Apple smartphone, and this new concept video shows exactly how it could perform on the upcoming device.

We already know what Force Touch is and how Apple has used it in other hardware projects. The Apple Watch and some of latest MacBooks offering already ship with this technology included, and offer varying use-cases for it to the end-user. With that said, if the iPhone 6s does utilize Force Touch as it’s expected to, then it will be a first for the iPhone. It remains to be seen how Apple will integrate it and utilize its functionality, but Maximilian Kiener seems to have an idea or two of his own. He has created a video as a demonstration of how Force Touch could be used on upcoming iPhones, in particular the iPhone 6s.

Kiener has utilized JavaScript, HTML, and CSS to come up with a working prototype of Force Touch in action on the iPhone. He has chosen to focus on Control Center to give a perfect display of how Apple could implement the technology. Invoking Control Center and tapping normally on the Bluetooth, Wi-Fi or Airplane toggles for example, would toggle these settings On and Off as normal. However, applying additional force to the icon would immediately invoke the deeper underlying settings for each of these controls. It would essentially open up the dedicated settings panel in the Settings app. 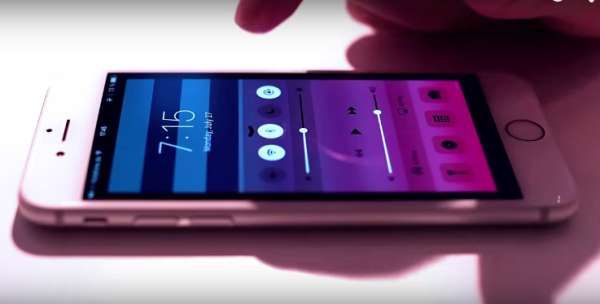 This is undoubtedly an excellent purpose for Force Touch and would allow for quick and efficient access to specific parts of iOS with relative ease. Prominent Apple analyst Ming-Chi Kuo has previously gone on record as stating that the iPhone 6s’ integration of Force Touch will differ from that of the Apple Watch in the fact, that it will be configured to monitor the contact area that is pressed on the display rather than relying solely on touch pressure from the finger. It remains to be seen if Keiner’s Control Center example will make it onto the iPhone 6s, but we imagine that someone in the jailbreak world will pick up on this one pretty soon.