New Secret Feature Of iOS 8 Strikes A Massive Privacy Win For Users, Here’s How It Works

With iOS 8, Apple has introduced quite a few good new features to the table. Some are related to functionality, like the third-party keyboard support, while others, such as those we outlined in a detail article, are less obvious but nonetheless important. One particular quirk, as just discovered by one eagle-eyed beta user, definitely advocates user privacy in that in randomizes your device’s MAC address before you connect to a Wi-Fi hotspot, which also serves as a kick in the teeth for companies whose entire business is based on logging and tracking this information.

When a device running iOS 7 or earlier goes out looking for a connection, it exposes your device’s MAC address. With some companies strategically placing hotspots in all manner of places – including trash cans – to get a hold of your data and log where you’re headed, iOS 8 fights your corner by obscuring your MAC address with a random, spoof address that periodically changes. 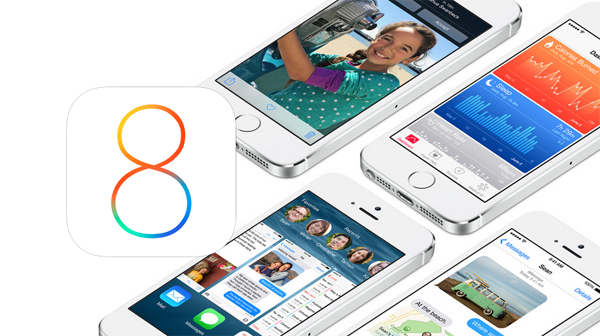 This means that not only is your real MAC address being protected, but these entities that thrive off the information will not be able to trace you, and given how accustomed we’ve become to having our rights waived in pandering to the corporate interest, this is a bit of a coup for Joe Public.

You can see why some businesses have capitalized on this information divulged by your device’s straying signal. After all, it’s a good way of keeping track of, say, how many smartphone users are entering the vicinity – particularly if your product is of interest to this group – but with iOS 8, those utilizing this signal will have to look into alternative strategies.

So, among the many other less prominent features of iOS 8, Apple has now rolled out MAC address spoofing. Given how much of a vested interest Apple shows in protecting the privacy of its users, it’s not all that surprising, but nonetheless, it will be gratefully received by consumers and conversely, met with dismay by those in the field of data tracking and marketing.

There’s no telling whether the practice will cease entirely as a result of Apple’s move, but the company just single-handedly sliced away a sizeable chunk of the market. Data analysts, it seems, will need to go back to the drawing board on this one.