As we tiptoe towards September, the time for a new iPhone approaches, and with the iPhone 6s expected to arrive in the coming weeks, we have started to see more and more supposed leaks. While photos of internal parts and screens are pretty much par for the course at this point in a new iPhone’s lifecycle, MacRumors has been given a video that shows at least part of the new iPhone being powered on, though it stops just short of showing anything truly useful.

The video itself features an iPhone, which is made up of an iPhone 6s screen and logic board in combination with existing iPhone 6 parts. The Frankenstein’s monster of a phone can then be seen powered on, though all it can display on-screen is a gear icon, likely due to some soft of catastrophic system failure due to the mismatch of parts, missing firmware or the lack of things like a rear camera. Still, the fact the thing powers on at all is interesting in itself. 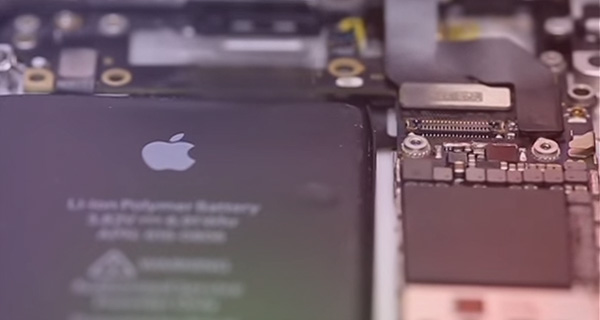 Alongside the video, which itself gives viewers a glimpse of the iPhone 6s logic board, new photos of said logic board have surfaced as well, showing the new Apple A9 CPU in all its glory. Approximately 10% larger than the iPhone 6’s chip, the A9 in the photos doesn’t have its designation stamped on it just yet, though it’s clear that this is what we are looking at here. The image below shows the iPhone 6 chipset on the left and the alleged iPhone 6s A9 chip on the right. 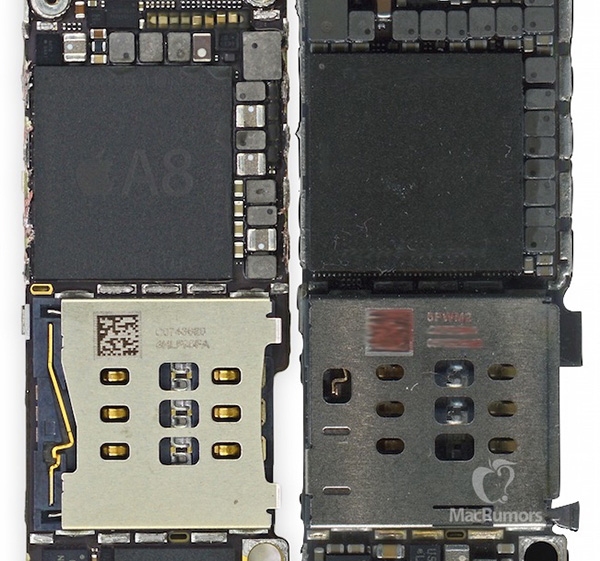 The leaked photos also show an improved radio system, which should mean faster 4G speeds for those whose carriers support it. 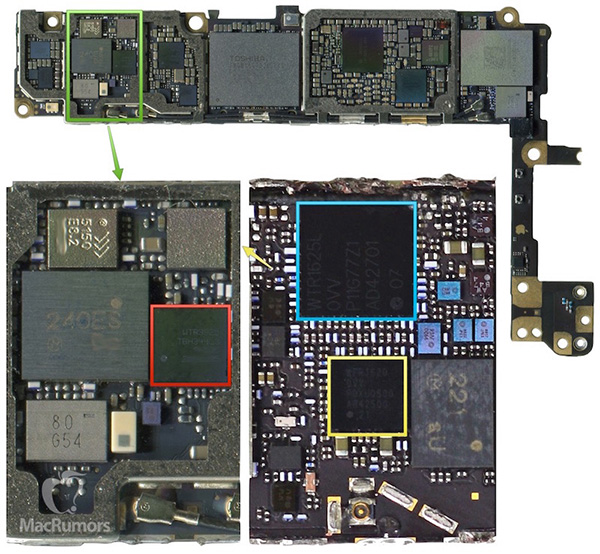 The iPhone 6s, and likely, iPhone 6s Plus, are expected to be announced on or around September 9th, with the new phones going on sale a couple of weeks later. It’s unknown yet as to whether anything else will share the stage with Apple’s new iPhones, though a new Apple TV is likely to arrive at the same time. Previously-rumored iPads will most likely be announced the following month.

You can watch the leaked video below: