Apple’s latest edition to the iPad range – the iPad Air – seems to be going down with a storm with those who already have their hands on the 9.7-inch tablet. The latest and so-called greatest iPad yet is thinner, lighter and blazing fast thanks to the new A7 processor and 64-bit architecture, but more important than all of that, it seems to be getting rave reviews from those using it. With the new iPad being such an early success, it was only a matter of time until we started to see new concepts flying around the net, with one of the first bringing the same Air treatment to Apple’s iPhone hardware.

The new iPhone Air concept comes courtesy of brightknight08 who clearly believes that there is scope for Apple to bring some of the same engineering concepts to the extremely popular iPhone. With the iPhone 5c and 5s only being released six weeks ago it’s highly likely we will see another new iPhone until this time next year, but it isn’t outside of the realms of possibility to imagine that the iPhone range could follow the iPad pattern. As part of this iPhone Air concept the designer has introduced a pretty radical overhaul that would put the iPhone up there with the larger smartphone devices in the market. 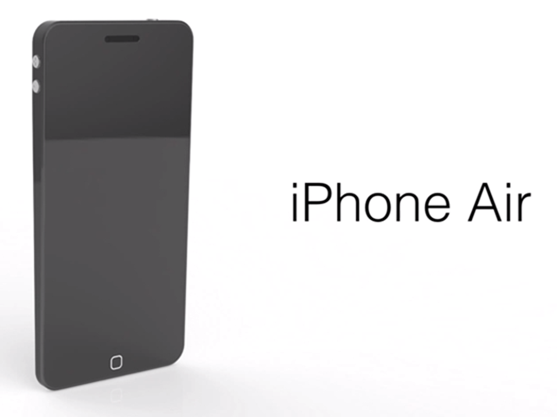 The concept features a stunning 4.6-inch Retina, full HD display, that would be eagerly appreciated by those users who love nothing more than consuming digital media through their device. Movies downloaded from iTunes are streamed online in full high-definition would look stunning on the screen that has an extra 0.6-inches of real-estate diagonally when compared to the current iPhone models. The hardware would also feature a new camera module that would make the most of the stunning new display. 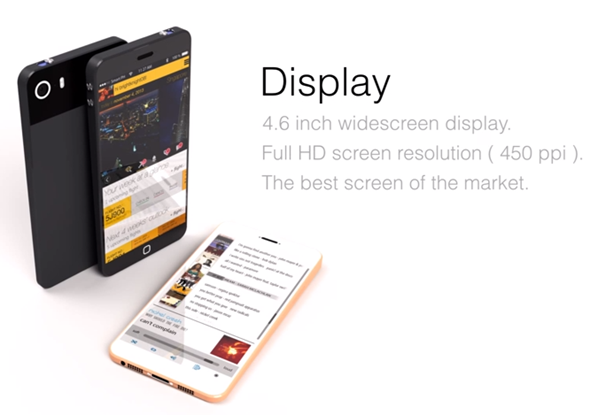 The buttons on the device have been replaced, with the silent switch now being found where the current power button lives. Dual functionality would mean that the silent switch would also act as a medium to turn the device on and off. The iconic Home button still exists, but has been replaced with a backlit proximity sensor that would presumably feature some innovative way of unlocking the device when presence is detected. No mention is giving to how much the iPhone Air would actually weigh, but the design would be tapered like the MacBook Air to a thinnest point of 5.5mm.

Check out the video yourself and see what you think of the new color options and overall design of this concept iPhone Air.

Thanks, Stones for sending this in!