New iPad ‘Overheating’ Claims Exaggerated, New Tests Proves It To Be On Par With Other Tablets On The Market

Although the first ten days of the new iPad have been relatively successful – particularly regarding initial sales – it hasn’t passed without its usual dose of hitches and gripes.

Although the weak Wi-Fi situation remains, recent tests by a number of tech outlets appear to confirm that concerns regarding overheating appear somewhat exaggerated. While the new iPad is indeed a little warmer than its predecessor, it doesn’t heat up enough to cause any lasting damage or – more importantly – any risk of injury.

PCWorld magazine tested temperatures of a variety of different tablets, with the results suggesting the hysteria about overheating in the new iPad needn’t be dwelled on. The tests were carried out using infrared thermometers, and the third-generation iPad reached temperatures of between 2 and 7 degrees Fahrenheit (less than 4 degrees Celsius) hotter than the iPad 2. 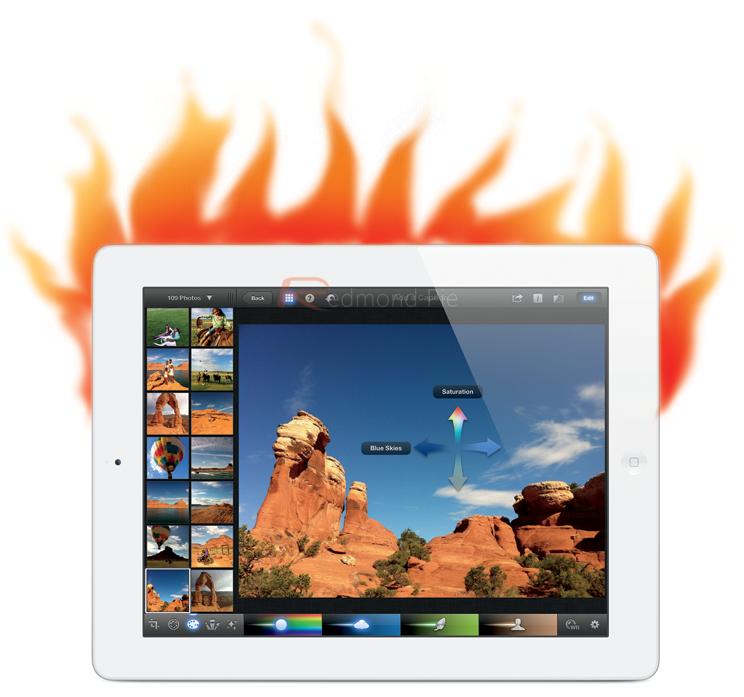 It does seem as though the tech world has become engrossed in comparing the iPad 2 and the new iPad, and forgotten that there are of course other tablets on the market. It makes sense – since no tablet from competing vendors has come close to Apple’s offering. However, devices such as the Asus Eee Pad Transformer Prime and Samsung Galaxy 10.1 were found to be of around the same temperature bracket of the new iPad, confirming that there isn’t anything to worry about.

The news will certainly bring a sigh of relief among the millions of early adopters – many of which queued for hours on end to get their hands on the device. The site also noted that although temperatures rose during charging, playing a computationally intensive game for an hour while plugged into a power adapter, the highest reading they could capture was 100 degrees Fahrenheit (about 38 degrees Celsius), within 2 degrees of the Galaxy tablet. 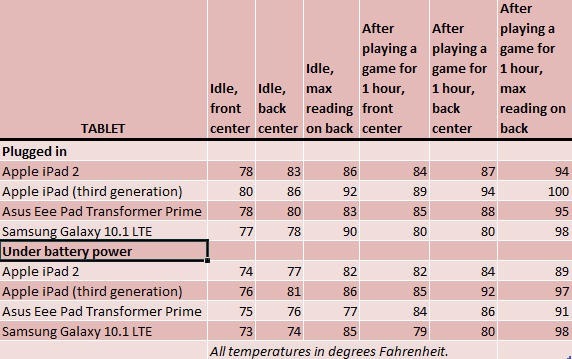 With the overheating fallacy now dealt with, one suspects attentions will turn to the weak Wi-Fi complaints of many users. Again, the concerns are mainly drawn from users comparing the new iPad with the iPad 2, but surely – especially given the fact that the 3rd-gen offering is 4G compliant – users have every right to expect Wi-Fi connectivity to be as efficient as they’re used to – if not better.

We hope – as was the case with similar complaints when the initial iPad released in 2010 – that Apple will rectify the issue with a future software update.