New In iOS 10: iPad Can Now Act As A HomeKit Hub For Remote Access Like Apple TV

Apple’s big WWDC 2016 opening keynote is most likely to be remembered mainly for the announcement of iOS 10 and macOS Sierra 10.12, but there was one other feature announcement that spanned a couple of product lines, and that while interesting, perhaps did not garner the same level of excitement and interest as the others. Apple is again making moves into the home automation game, with HomeKit receiving an update in iOS 10 and tvOS 10 that instantly made both the iPad and Apple TV more important.

As it stands today, those with Apple TVs are already able to use the device as a hub for HomeKit, with the set top box acting as a relay of sorts between the outside world and all of the home automation kit within the home network. 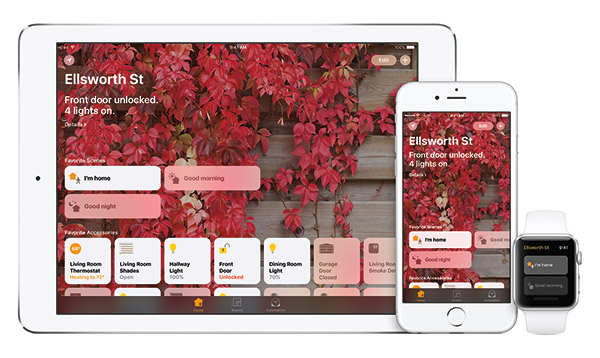 But now starting with iOS 10, an iPad can now also act as a HomeKit hub in lieu of an Apple TV for allowing remote access. Previously, without the Apple TV, remote access to HomeKit devices was not possible. Moreover, both devices can also work together to extend the remote HomeKit network.

According to Apple, any iOS 10-equipped iPad will be capable of carrying out HomeKit hub duties, but with two caveats. Firstly, the device will need to be connected to WiFi at the time, which makes plenty of sense.

Secondly, and perhaps less likely, the iPad will need to be plugged in at the same time. This may not be a problem for those whose iPads live in a dock, but those who use iPads as a coffee table device may not leave it plugged in all the time. If that’s the case, the iPad will be unable to act as a HomeKit hub.

The reason for the iPad even having the ability to act as a HomeKit hub in the first place is apparently to allow those in countries where the Apple TV isn’t available to take advantage of HomeKit remote access support anyway, with China being one such country.

If an iPad isn’t a solution, the $149 Apple TV is still the best way to go for most – assuming HomeKit remote access is something they want to take advantage of.