It seems that HBO really understands how to raise excitement levels ahead of the official airing of new season of a hit television show. Hardcore fans of Game of Thrones don’t really need any additional reasons to tune in to the sixth season of the drama series when it airs in just two weeks time, but for those who may have been sitting on the fence, or who have been a little apathetic about whether or not to watch season 6, HBO has really managed to turn the heat up with the release of yet another trailer to promote the new season, showing previously unseen footage.

If you don’t already have a fairly good idea and understanding of what to expect with Game of Thrones season 6, then this latest trailer will possibly fill in a few blanks and get you in the mood for what is to come in the following weeks and months. 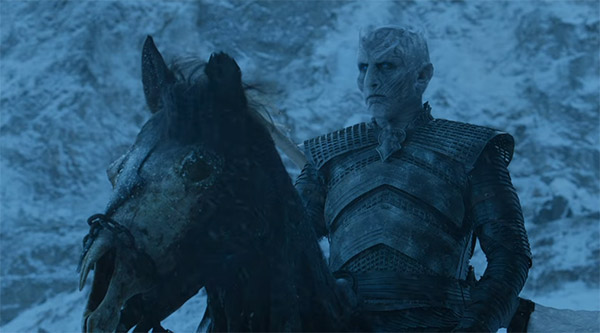 In fact, it seems as though HBO is gearing itself up for a final airing of the show as this latest promotional trailer gives away more than we have ever seen previously. Davos and Melisandre seen together at the Wall, for example, instantly raises questions about the fate of fan favourite Jon Snow.

Those who regularly tune into the show to see the unadulterated blood and gore through many of the violent scenes will also be left teased by the sight of Cersei sending Jaime into battle against their enemies. That is surely a journey that will make excellent TV viewing and will result in untold amounts of violence. Amongst all of the goodness, we also get to see Tyrion Lannister coming up against dragons, Daenerys living as a prisoner amongst the Dothraki, and even Arya training. If that isn’t enough for you, then you’re either impossible to please, or just want to continue watching this latest trailer until you get a sight of Sansa working hard in pursuit of vengeance against those who wiped out her loved ones. This trailer really has it all for the Game of Thrones fan. 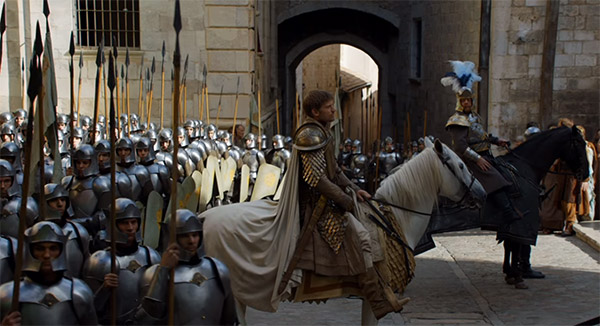 In addition to a number of high-resolution still images, this promotional trailer represents the fourth video released by HBO. We originally had an 80-second teaser back in February, which was followed up by a full trailer for season 6 in early March. Additional unseen footage was then broadcast by HBO later during March, which ultimately paved the way for today’s revealing. Steady yourselves, Game of Thrones fans, season 6 is only two weeks away and it looks epic.