Samsung is definitely one of those manufacturers that like to tout and flout their masterpiece creations as much as they can, and if anything, their latest advertisement for the Galaxy S5 flagship Android smartphone is a testament to that. Released through the company’s YouTube channel, the ad highlights a lot of features of the new device that make it an absolute fit for pretty much anyone and everyone, and Samsung did so without basing Apple this time around.

Interestingly, the new commercial has surfaced through Samsung Mobile’s YouTube channel rather than going on air through the conventional media. The ad itself might not be the most creative and unique one in Samsung’s history, but it does a fairly good job at explaining why the new Galaxy S5 should be your device of choice no matter who you are. It showcases the amazingly fast shutter that the GS5’s camera has been endowed with, allowing you to capture really great shots from the convenience of your smartphone. Then, you get to see how your downloads will be faster on the new Galaxy flagship. There’s a spot on the water resistance of the device, too, cementing the message that whatever lifestyle you adhere to, the new S5 will fit and suit your needs. Catch the entire advertisement right here. 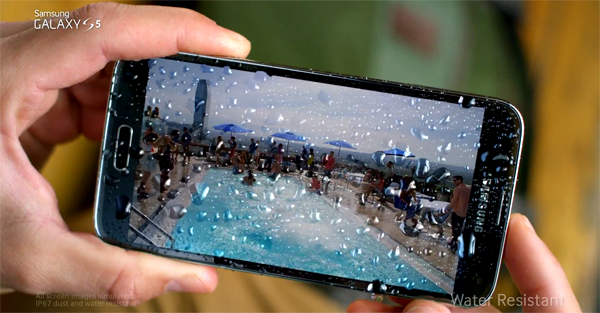 The new Galaxy S5 is one of the best devices to hit the market, and stays in line with the flagship trend that companies like Samsung and HTC have established over the last few years. For once, Sammy has gotten rid of the all-plasticy look and feel of the Galaxy lineup, giving way to a more attractive patterned back cover that not only looks better, but also makes holding the device more convenient and solid. The innards aren’t a different story, either, will all the essentials of a flagship onboard, and then some more, in the form of the new and improved camera and the fingerprint sensor in the home button. 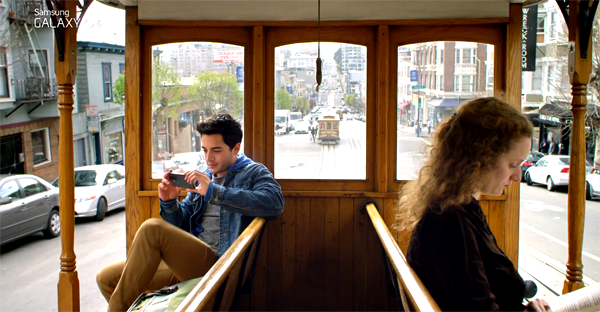 Marketing has always been one of the major strengths of the Korean manufacturer, and even though the advertisement in question isn’t entirely ground breaking, it still sets a good mood for the many more that we’re certain to see surfacing in the months to come. The question, however, is how successful these tactics would be, considering that the HTC One M8 is ready to offer the GS5 some serious competition. Time will tell.