It was at the beginning of February that the Dropbox team took the "simplify your life" motto to new levels by introducing an experimental build for Android users which had a number of excellent feature enhancements. The beta build was known as the ‘Experimental Android Forum Build 2.0.9’ and brought additional features to the already impressive Dropbox service by introducing automatic background uploading of photographs and videos as well as support for increased upload sizes and the ability to resume an upload after an interruption.

In just three short weeks, the Dropbox team have taken that lovely experimental version of the application and released a full update to the Android Market which will vary in version depending on the device it is installed upon. The official release features all of the feature improvements that we expected to see from the experimental release with the official changelog offering the following:

The most notable of the feature additions is obviously the automatic uploading of media in the background when a user is connected to a Wi-Fi network or through a cellular data connection if necessary. Users will also remember that Dropbox were offering account storage improvements for those users that tested and used the automatic upload feature which is something that has carried over to the official release into the Android Market. 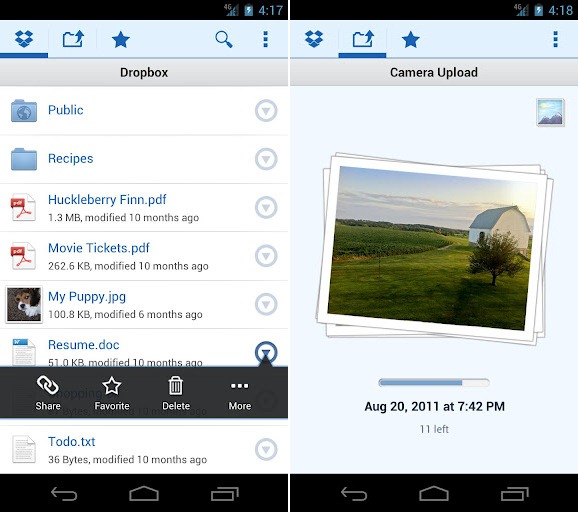 The changelog specifies that there is no file size limit to uploads through an Android device but was in fact actually limited to 180MB per file being uploaded. The final addition to the official changelog comes in the form of a heads up message from the development team, letting Android users know that Dropbox can no longer be installed on the SD card due to a more secure credential storage requirement. 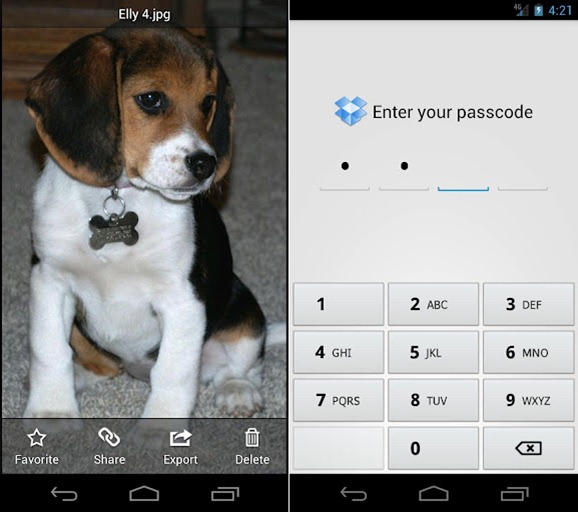 If you are an existing Dropbox for Android user then head on over to the Market to upgrade, or download now if you are a new user from the link embedded below: