The previously rampant talk of Apple’s purported connected TV effort has died down somewhat of late, but BGR has reignited proceedings – citing a "reliable source" in reporting that the current Apple TV OS is to be overhauled, with all to be revealed at WWDC come June 11th.

Even more interestingly, the revamped interface is said to reflect that of the supposedly imminent Apple HDTV, which Steve Jobs once famously proclaimed to have "cracked." The third-generation of Apple TV was only released back in March, but the device – once denounced as a "hobby" by CEO Tim Cook – looks to be one last 1080p "hurrah" for the little black box before making way for the fruit company’s substantial assault on the booming market of television.

Smart TVs, which let you catch up with Facebook, YouTube, and other such services as well as streaming entertainment packages, have been on the rise, although given Job’s giddy declaration, we’re expecting more than status updates and a touch of viral video for Apple’s much-anticipated standalone unit.

Interestingly, Sir Jony Ive has been in his native England for the last few days, and did state one of Apple’s current projects is the most exciting and definitive to date, which adds a timely tub of gasoline to the fire. Sure, he was in PR mode when speaking, and you’d be hard pushed to find a senior member of any company state their best work was in the past, as opposed to the future, but given Ive’s significance within all Apple products, it’s exciting. 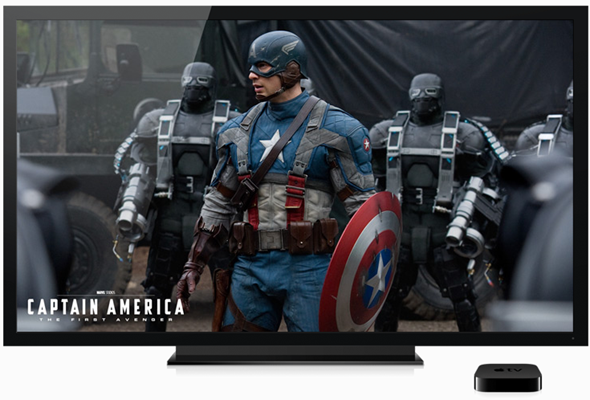 According to the BGR report, Apple is looking to persuade manufacturers to use a new "control out" API, allowing third-parties to create accessories and peripherals compliant with the Apple TV OS – as well as the connected TV effort. It’s still being referred to as "iTV", which makes natural sense, although given such a moniker wouldn’t fly in the UK (one of its main broadcasting services is called ITV), Apple will probably re-jig the name in an attempt to avoid any more legal issues than it’s already contending with.

The BGR source does not believe we’ll be seeing the elusive Apple HDTV just yet, so don’t pin your hopes on catching a glimpse at WWDC. That said, it’s not thought to be far off completion, so a contemporaneous release with the next iPhone is a very real, and very plausible prospect.