For just a short moment it seemed that the iPad Air Plus rumors were going to take a back seat while the Apple iCar took center stage, but here we are once again with a new leak that purports to show an iPad Air Plus case.

The photos, coming out of French site Nowhereelse.fr depict what is claimed to be a black protective cover for the unannounced – but regularly rumored – 12-inch iPad Air Plus. The case itself appears to feature cutouts for the Lightning connector, volume rocker, power button, microphone and rear-facing camera just as the existing iPad Air 2 cases do, though the case’s open-ended design means that it does not need to have the same openings for top and bottom speakers like previous leaks. 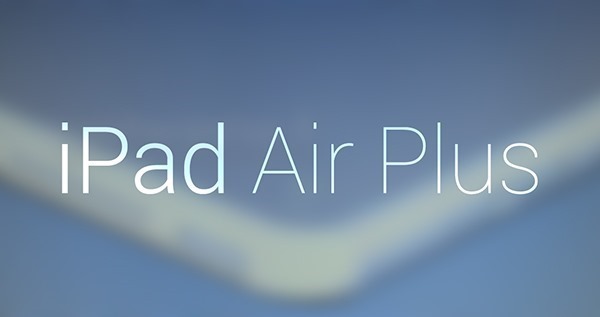 The case is apparently made by a Chinese firm that also provides accessories for the iPad Air 2, giving the opportunity for some side-by-side image comparisons of the existing high-end iPad Air 2 case and the new iPad Air Plus case. Assuming the thing is real, of course.

The actual size of the iPad Air Plus is as yet unknown, but rumors peg it featuring anywhere between a 12.2-inch and 12.9-inch screen which would fit well with what we see in these leaked photos as far as cases are concerned. We won’t be confirming this thing is 100% legit just yet, though Nowhereelse.fr has managed to gain itself a reputation for accurate leaks in the past. 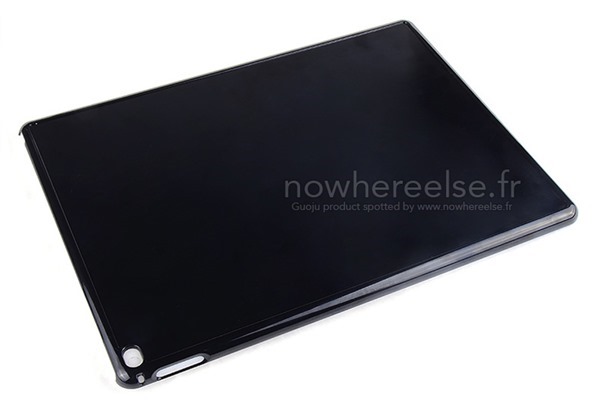 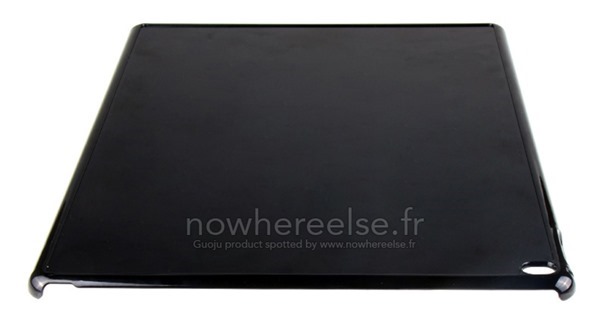 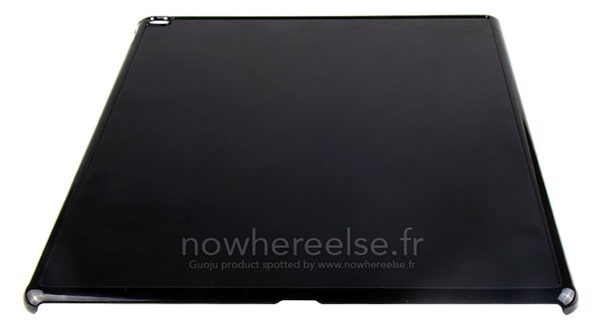 With the iPad Air Plus rumored for release later this year we still haven’t seen any actual hardware leaks other than some blurry photos of what was claimed to be a rear shell. As time ticks down though we would expect to start seeing parts leak out sooner rather than later. When that starts to happen we’ll feel much happier about declaring the iPad Air Plus as a real thing.

Until then, just remember to have your pinch of salt handy.