Need For Speed: Most Wanted Lands On iOS And Android – Download Now!

Electronic Arts is one of the most prolific game publishing companies to ever have done it. Having excelled in bringing some of our most famed sports titles to our consoles, EA has continued to shine on mobile. Not only are the new releases frequent, but the quality is very high, and having already released quite a few Need for Speed titles hitherto, the company has just pushed Need For Speed: Most Wanted through to Apple’s App Store and Google Play.

If you’ve played one, you’ve perhaps played them all, but that’s not to say we’re not enthralled about the prospect of another installment. If you’ve never encountered NFS, then perhaps a little background info is warranted; It’s a very fast-paced driving game, and offers many different modes to keep things interesting. Time trials and police chases are aplenty, and if you feel like you need a little extra pace, you have to earn and utilize your nitrous to its maximum potential.

The idea of Need For Speed: Most Wanted, as you might be able to surmise, is to become the most wanted, and with cars such as the SRT Viper GTS, Porsche 911 Carrera S, and Hummer H1 Alpha at your disposal, that task should not be one of great difficulty. You can connect with friends by means of the Origin network, and check out your rank versus theirs on the Most Wanted list. 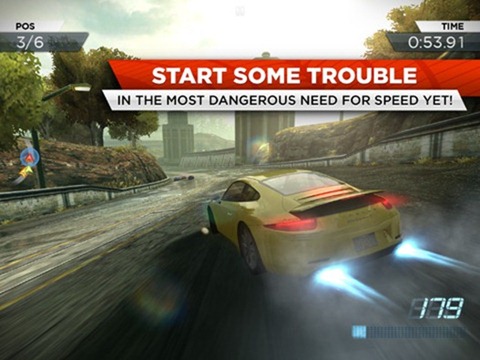 One of the most divisive points regarding mobile car-based titles is whether tilt or touch controllers are more adept. Certainly, when you’re in a public place, you don’t want to be frantically tilting your arms (and body, if you get really involved), so to please everybody, there’s the option of both touch and tilt. 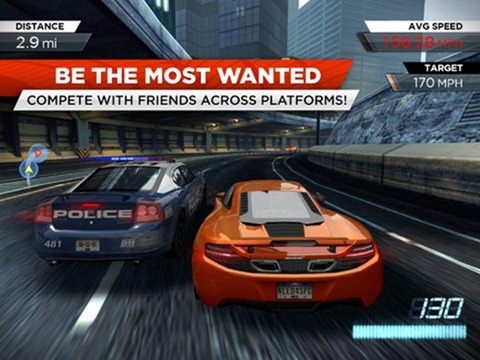 As with all past Need For Speed titles on mobile, it’s aesthetically pleasing with solid gameplay to match, and although it costs $9.99, it’s a must-have for those who simply love burning rubber. 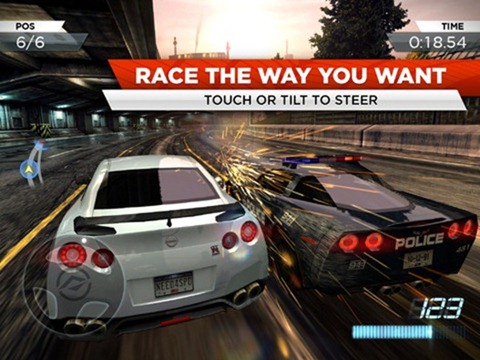