Narrative Clip has been the subject of a crowd funding campaign in the past and has garnered plenty of attention following the cult success of the original product, and while the second-generation model of the wearable camera isn’t yet ready to start shipping out to customers, it is already getting a upgrade.

According to an announcement coming out of Narrative today, the Clip 2 will now no longer simply take photos every few seconds but will also now record video and audio should the need arise. The video recordings won’t run automatically, unlike the photos, but they can be started by either tapping the camera itself or using the accompanying iPhone or Android apps. 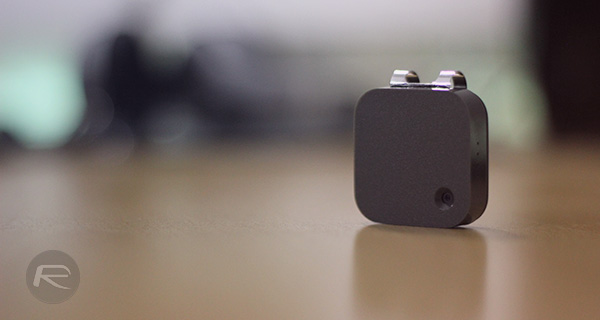 Users who tap the camera to kick a recording off will get a standard 10-second clip that will be automatically saved to the Clip 2’s built-in 8GB of memory, though if the recording is started via the mobile app, then this 10 second limitation does not apply. Tapping the camera when a recording is in full flow will stop it no matter how it was initiated. The camera will record video in 1080p, which should mean that the 8GB of Clip 2 memory will get used up really quickly indeed – something to keep in mind if you’re planning on using the Clip 2 as a full on video recording solution. We’re not sure that’s what the hyper portable life-logging camera is really intended for, however.

If you’re wondering how good the results will be, the following video offers a taste of the Narrative Clip 2 video recording quality:

Narrative is promising that no matter when you placed your order for the Clip 2, you’ll get the new, upgraded version.

Priced at $199, Narrative Clip 2 can be ordered in red, black or white to suit your own style, and while not cheap, is set to be quite the fun little camera. The addition of 1080p video recording just sweetens the deal.

Full specs of Narrative Clip 2 compared to the original are as follows: 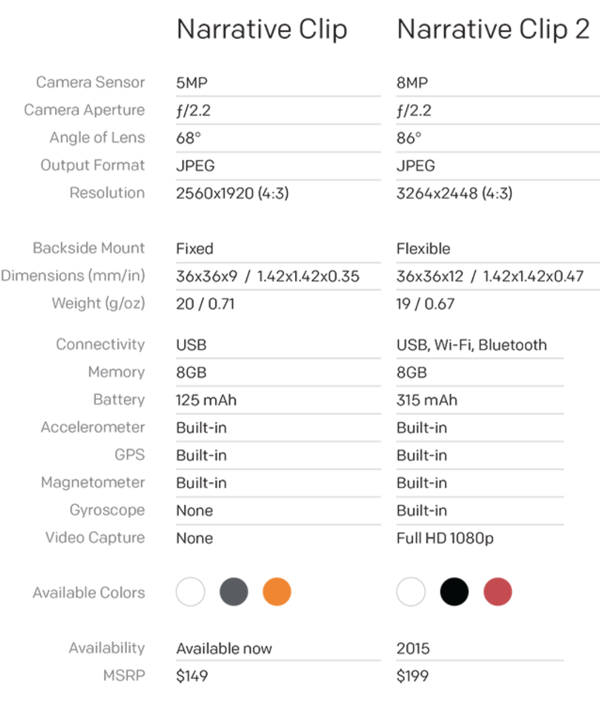 Narrative Clip 2 can be pre-ordered right now from getnarrative.com.