Mozilla has been grabbing any opportunity possible to show off their Firefox OS software, but there has been a notable lack of any kind of hardware associated with the new HTML5 powered firmware. Would-be developers for the new operating system have been able to get access to the software for quite some time but have had to rely on their own abilities to load Firefox OS onto their own devices in order to test their apps and services effectively.

In order to take things forward and move onto the next step in the development process, Mozilla has now announced the launch of two developer preview devices that come fully-loaded with the Firefox OS, removing the need for developers to have to fiddle around with installing the software on their own existing hardware. The two mobile devices have been designed and developed as part of a collaboration with Geeksphone and the Telefonica mobile network.

It’s a shame that the two developer preview devices aren’t in any way representative of what will actually be released to the public when the Firefox OS is ready for primetime use. Mozilla, Geeksphone and Telefonica have christened the two phones Keon and Peak and will serve to allow developers the ability to build and run their creations directly to a physical device rather than testing through a simulated experience. 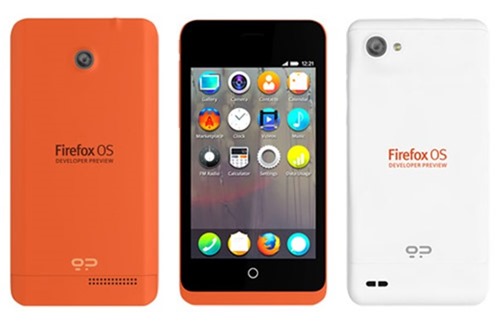 The Keon hardware is the least powerful of the two devices with with 512MB of RAM onboard, powered by a 1GHz Snapdragon processor. The rear of the device features a 3-megapixel camera that snaps images on a 3.5-inch display. The technology companies have also built in MicroSD card support for external storage. The Peak steps things up a little bit with a dual-core CPU running at 1.2GHz and a larger 4.3-inch display. The device is complimented by a rear 8-megapixel camera and a 1800 mAh battery.

The collaboration on the developer hardware is in-keeping with Mozilla’s vision of creating a mobile operating system that is not only open but also readily accessible to anyone who wants to use it or adopt it on their hardware. It shouldn’t be too long now until we start to actually see consumer ready Firefox OS powered devices landing in the market, but let’s hope that this developer hardware release allows a plethora of great apps to be ready for launch.